“You shall not steal, nor deal falsely, nor lie to one another.” Leviticus 19:10

An interesting biblical idiom that can teach us a good lesson is to “steal a person’s mind.” It is found in Gen. 31:20, which literally reads, “Jacob stole Laban’s mind (literally, heart) by not telling him he was running away with his daughters.” Many translations render the idiom as “to deceive” – that Jacob deceived Laban and thereby “stole his mind.” 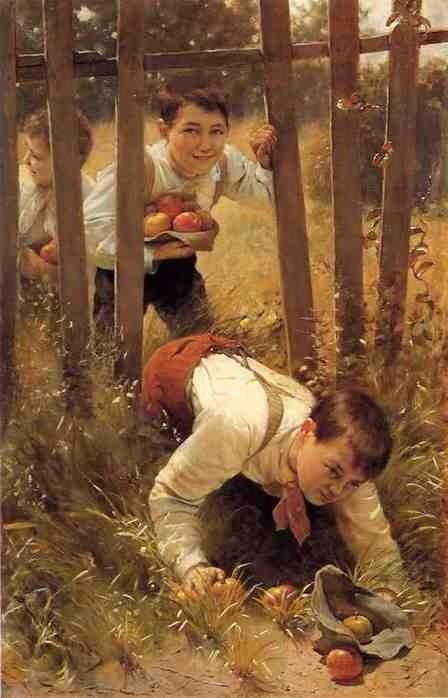 A synonymous idiom that is still used today is “geneivat daat,” meaning “stealing knowledge.” It has a fascinating definition that we don’t often consider. To “steal knowledge” is to fool someone into having a mistaken assumption, belief, or impression, even if no lying is involved. If a shopper is convinced that he is buying a top quality item and the clerk never mentions that it is defective, that would be “stealing his knowledge.” Or, if a store increases its prices temporarily so that it can advertise huge markdowns, that is “geneivat daat.” Deceptive advertising of any kind is all a part of this idea.

We all know what it is like to be taken in by this type of deception, and often when we realize we have been “duped,” we feel as if someone has stolen something from us. And interestingly, the rabbinic thinking is that we have been robbed. The sages saw that the phrase includes the word ganav, to steal, and concluded that the commandment, “Do not steal” also prohibits “stealing another’s mind”, or deceiving others. Indeed, the rabbis spoke of seven types of theives and the worst was the one who “steals the mind” (Tosefta, Bava Kama 7:3). (1)

As angry as we get when it happens to us, often we see that we are guilty of it ourselves. Geneivat daat is when we offer to pay the bill at a restaurant, knowing that the other person won’t accept, or when we invite someone to a party that we know they can’t attend, — both ways of creating a false impression of our generosity. Or when we spend an hour with a computer store salesman to learn about laptops, with plans already in place to purchase elsewhere, we are really stealing his mind aren’t we? When we take credit for something we didn’t really do, or pad our job resume (2) — all these things “steal” others’ goodwill, understanding, or deliberately create a false impression of ourselves.

When we remember that we are serving the God of truth, we realise that he doesn’t approve of such forms of verbal manipulation. How many times a day do our words not match our intentions? We may not give a second thought about all the little ways we are deceptive, but we should if we want to be God’s people of integrity.