“No man can tame the tongue. It is a restless evil, full of deadly poison.” (James 3:8)

Gossip is a sin of which we all are guilty, and yet it has probably caused us all suffering too. We all are wounded by this habit that seems so acceptable in our culture today. Careers are ended, marriages disrupted, friendships ruined.

How many of us wish we could erase the hard feelings we have caused, and heal our relationships from its affects? Wouldn’t it be nice to feel we could trust everyone when we left the room? The Bible has much to say about it, and rabbinic thinkers have some excellent wisdom about how to purify our speech. We can even find parallels in Jewish ideas to the teachings of Jesus and the rest of the New Testament.

We all know that by being kind in our speech we can have deeper friendships and closer families. The scriptures say that it is the key to a good, long life:

Whoever of you loves life and desires to see many good days, guard your tongue from evil and your lips from speaking deceitfully. (Psalm 34:12-13 & 1 Peter 3:10)

In contrast, the potential for harm from our tongues is great: 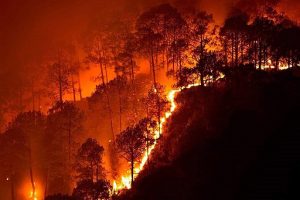 Consider what a great forest is set on fire by a small spark. The tongue also is a fire, a world of evil among the parts of the body. It corrupts the whole person, sets the whole course of his life on fire, and is itself set on fire by hell. (James 3:5-6)

Our speech has the potential of great good or great evil. This biblical idea of the need to “guard our tongues” has been a part of a movement among Orthodox Jews in the past century. They have a strong emphasis on observing the rules of Shmirat Halashon (SHMEER-aht hah-la-SHON) – guarding the tongue.

In the past few years in Jerusalem, conventions have been held with seminars on how to have kind speech. Over ten thousand people have attended each year, and many clubs have formed for those wanting to reinforce this habit among themselves. Imagine living in a place where there was no gossip, no backbiting and no slander! They fail too, of course, but it is not overlooked or encouraged, as in some of our circles. Imagine what would happen if the Christian community did that!

We can learn much from the ideas that have come from the Jewish community. 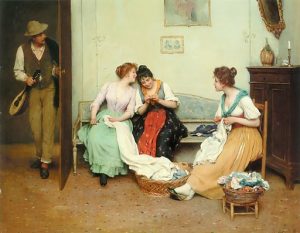 The Hebrew term that is used for gossip is lashon hara (la-SHON hah-RAH). It means literally, “the evil tongue.” Jews define it as defaming a person in the eyes of others by revealing details about them that put them in a negative light. Lashon hara is different from slander, which is telling lies about others. While everyone recognizes that slander is wrong, fewer will say that it is also wrong to speak negative truth about others.

Lashon hara is telling your co-workers all about how the boss messed up his presentation, or pointing out to your husband how poorly the worship leader sings. This habit is what tears down friendships, demeans others, and undermines trust. There are, of course, a few times when a person needs to relay damaging information, but outside of that, this kind of negativity is frowned upon in the Jewish community.

Many rabbinic stories focus on the damage done through lashon hara. One story is told about a man who gossiped about a rabbi, causing much damage to his reputation. The man repented and came to the rabbi to ask for forgiveness. The rabbi told him to take a pillow and open it and cast it to the wind. When he had done this, he asked him to now go gather all the feathers back into the pillow again. The man said, “But that is impossible!” and the rabbi replied that, in the same way, it was impossible to repair all the damage that his words had done.

The rabbis point out that other actions close to Lashon Hara should be avoided as well. For instance, to read a newspaper editorial article that you don’t like and then show it to someone just so they will scoff at it is called the “Dust of Lashon Hara.”

It also includes sarcastic comments about another person, like, “She is such a genius, isn’t she?” or innuendos like, “Don’t mention so-and-so: I wouldn’t want to say what I know about her.” Even to laugh and sneer when someone else gossips qualifies, because it communicates your negative feelings. It truly is a difficult task to avoid damaging others through subtle comments and even body language. As James says,

We all stumble in many ways. If anyone is never at fault in what he says, he is a perfect man, able to keep his whole body in check. (James 3:2)

We do many other things with our speech that are hurtful, which are discussed biblically and rabbinically. 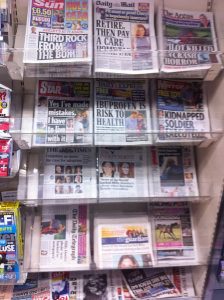 This means to slander another by spreading lies about them. Interestingly, this Hebraic idiom is behind the Greek text of Luke in chapter 6:22: “Blessed are you when men hate you, and when they exclude you and revile you, and cast out your name as evil, on account of the Son of Man.” Even Jesus used the idioms that are still used for evil speech. Jesus is saying that people will invent lies about his followers, but that he will bless them because of the hurt it causes them.

The rabbis considered slander on par with murder, because it destroys the victim’s reputation in the eyes of others. They point out that slander is more similar to murder than robbery, because while a robber can repent and give back all of what he has stolen, a murderer can never undo the damage he has done.

Note: This technique of comparing a lesser sin (slander) to a greater sin (murder) is reminiscent of Jesus’ rabbinic teaching style. Jesus says that anger is on par with murder, and that lusting in the heart is equivalent to adultery (Matt 5:22 & 28). It is a way to point out the serious potential of even small sins. We can see that Jesus is using a technique that was part of his Jewish culture.

Rechilut is repeating rumors, especially to tell the object of a rumor what others have been saying about them. Leviticus 19:16 says that we should not go about as a “tale-bearer.” We are supposed to be peacemakers, and telling the object of a rumor what is being said is sure to cause anger and hatred between people. We may feel that a person has a right to know what others are saying, but telling them is usually going to cause more damage.

This means to deceive someone about your intentions. An example is to go out for supper with a friend and offer to pay, knowing that they won’t accept. Or to say you will come to a party knowing that you probably won’t go.

These are forms of deception and verbal manipulation, that are part of the commandment to not lie. How many times a day do our words not match our intentions? We may not give a second thought about all the little ways we are deceptive, that we should rethink if we want to be people of integrity.

How do we heal our speech so that our relationships can be deeper and more fulfilling? Jesus says, “Out of the overflow of the heart the mouth speaks” (Matthew 12:34). He diagnoses the problem as one of the heart.

One major culprit behind gossip is our desire to judge others negatively, to see their actions in the worst light possible. If a friend doesn’t invite you to a party, was it an oversight, or was there malicious intent? A person who assumes the worst will be angry and want to report the slight to everyone, but a person who assumes the best will not be bothered. Our whole attitude toward others will change when we try always to give others the benefit of the doubt.1

Another major reason for gossip and unkind speech is our desire to elevate ourselves by tearing others down. It may work temporarily, but over time it demeans us in the eyes of others.

Paul has a solution to this problem:

Do nothing out of selfish ambition or vain conceit, but in humility consider others better than yourselves. Each of you should look not only to your own interests, but also to the interests of others. (Phil. 2:3-4)

If we genuinely care as much about others as ourselves, we will try to protect their reputations as much as we do our own.

See also “The Power of Positive Speaking,” an article by Rabbi Malka Drucker.

1 See the En-Gedi article, “Living out Jesus’ Words on Judging.”