The Israelites secretly did things against the LORD their God that were not right. They set up sacred stones and Asherah poles on every high hill and under every spreading tree. They did wicked things that provoked the LORD to anger. They worshiped idols, though the LORD had said, “You shall not do this.” (2 Kings 17:7-12, edited)

To modern Christian readers, it is hard to imagine being tempted by idolatry. This is because we are strict monotheists–we simply don’t believe any other gods exist besides God. However, if we understand the psychology behind the ancient practice of idolatry, we can draw lessons for our lives today.

The Mindset of Idolatry

In the Ancient Near East, people believed each nation had its own gods, and that gods had limited powers and territories. These “gods” controlled the prosperity and fertility of the people that worshiped them. They did not make moral demands, but only expected to be venerated through sacrifices and rituals to grant their favor. A person who became prosperous through devious means was admired for his or her cleverness in gaining the favor of the gods.

The God of Israel, however, insisted on moral conduct and gave the nation many laws to obey. (Normally the king wrote the laws, not the gods.) Besides the fact that it was more difficult to be honest than dishonest, it was very challenging for the Israelites to believe in this strange kind of deity that chose to to be so unlike every other god they knew.

While other nations had gods that inhabited idols, this God insisted they not make idols to worship him. The gods of other nations were human-like, but this God was invisible and incomprehensible. Other gods needed to be fed sacrifices to gain power, but this one did not need their sacrifices for power. The other gods were subject to manipulation to gain their favor, but this God could not be manipulated.

It was hard to grasp the concept that God was utterly greater than the gods of the other nations. The Israelites were probably not sure if their God would win in the contest Elijah set up between the true God and Baal.

When the Israelites worshiped idols, they were committing several sins. Most importantly, they were violating their covenant with God, who insisted that they serve no other gods. Israel’s covenant was often likened to a marriage, and idolatry was adultery to with God. Additionally, worshiping idols required that they abandon the moral laws that God had given them. They engaged in perverse sexual practices, sacrificed infants, and sank to the depths of depravity.

They also showed the world they didn’t believe that God was greater than the gods of the nations around them. God’s intention was for Israel to be a light to teach the world about the True God, but in idol worship they caused the nations to mock God instead.

Ancient Israelites wanted the same things we do: prosperity and happiness. They had a choice of obeying God and letting him bless them, or trying to gain their blessing through idolatry. Likewise, many things we want are good, but the means to achieve them show whether we are serving the Lord or serving “idols,” in a sense.

A church can want its congregation to grow, but if it chooses activities because of their popularity rather than their spiritual content, it shows that filling pews has become an idol. Or, a man may feel like the Lord called him to a certain job, but when he starts acting unethically to maintain his position, the job has become an idol to him.

Once we start using motives God wouldn’t approve of, even if we think we are serving him, we have shifted our service to something else. After all, God demands we act morally, but idols let us act any way we please. 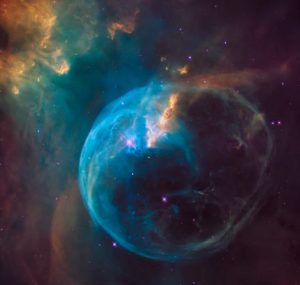 We also act like idolaters when we aren’t convinced of God’s greatness in comparison to other awe-inspiring things. God is not threatened by scientific discoveries, intellectual achievement or medical advances. He is not thwarted when the wrong party wins the presidency. He is in control when the things we fear happen, like our business closes or we get cancer. Like the Israelites who weren’t sure whether God could defeat Baal, we often give voice to our worry that God isn’t truly sovereign over the world.

Many things in our world command respect, and it is tempting to be overawed by them. When we give up on God’s ability to accomplish his purposes because his opposition seems too great, we are shrinking God down to the size of this world. We can hardly grasp that as powerful as the things around us seem, God is more powerful yet.