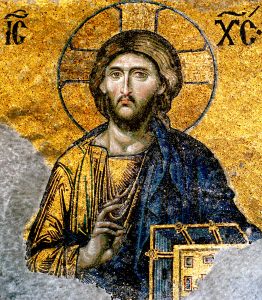 Many of us aren’t clear on what the Scriptures had promised about the coming Messiah, and how Jesus fulfilled its words.

Below are many articles about messianic prophecies in the Old Testament and how the events of Jesus’ life brought them to fulfillment.

His mission becomes clearer when we see it in light of the context of his scriptures. It gives us a better understanding of our own mission too! 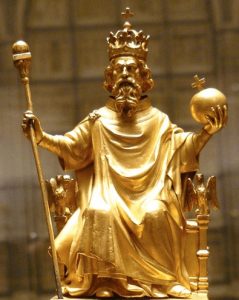 Understanding the Name Jesus “Christ” – What does it mean to call Jesus, “Jesus Christ”? Or, what implications does it have for us to say that Jesus is the “Christ”?

Gifts for a King! What is the Magi Story all About? – One of the stories of Christmas that seems to be most cryptic is that of the wise men. Who were they, and what does their story say about Jesus?

A Rabbi and a King? – There is a surprising requirement for the Messiah of Israel – he is to be king who also teaches the Scriptures and models how to live them out. It’s fascinating how much this resembles Jesus.

The Gospel as a Year of Jubilee – God gave Israel a command that every 50 years they should forgive all debts and let their slaves go free. Jesus uses images from the Year of Jubilee to explain his mission on earth.

The Messiah will Build God’s House – There are many parallels between Solomon and Jesus. One major parallel is that they both built the temple of God, as predicted to King David.

The Stone the Builders Rejected – In the last chapters of Luke, references to passages about the Messiah are important. Jesus quotes Psalm 118, “The stone the builders rejected…”

The Kingdom Breaks Forth – Micah prophesied about the coming Messiah, which Jesus alludes to when he is describing the coming of the kingdom of God.

Son of God, Son of Man – Jesus describes himself as the “Son of Man” both to show he is the Messianic King, with authority and glory; and to say he must suffer and die.

Forever and Ever … Hallelujah! – A common theme in both the Old and New Testaments is God becoming king of the whole world. How can the creator of the universe not already be its king?

An Amazing Mountaintop Scene – What was the meaning of Jesus’ transfiguration? Imagery and parallel scenes in the Bible reveal why Moses and Elijah were present with Christ.

The Great Shepherd – The imagery of a “shepherd” often is used to describe kings and leaders, and God as well. And Jesus uses it to refer to himself too.

A Surprising Idea in Isaiah 53  – As often as you’ve read the prophecy of Jesus’ suffering in Isaiah 53, you’ll be shocked at the implications of one widely overlooked line.