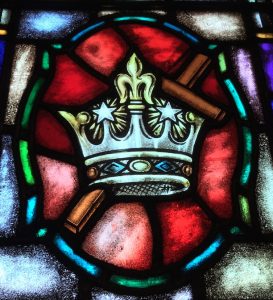 One of the things that has intrigued me most as I have studied the Old Testament is what it says about Jesus as the coming Messiah. Even though the gospel about Jesus is the first thing every Christian learns, it is rare to hear a methodical explanation of what the Bible predicts about him.

What exactly is a Messiah? Why do we believe the Messiah would be God himself? We would be stronger witnesses if we could open up the Bible and trace from start to finish what it said about Jesus Christ.

The main picture of the Messiah is that of God’s chosen king. The prophecies that clearly predict this begin in the life of King David, when God promises David one of his descendants would have a kingdom without end. It says,

One thing Christians may overlook is that many prophecies about the Messiah do not expressly say he would be God in the flesh. The term “Son of God” can refer to divinity, but is also occasionally used about angels and even people (see Gen. 6:2, Job 1:6, Matt 5:9). In the passage above, it could be interpreted to mean that the messianic king would be so close to God that he would be like a son to him.

In the life of Jesus we often look at his miracles as proof of divinity. However, Moses and Elijah and others had done miracles before Him, so even that isn’t conclusive.

Nevertheless, the church has believed from the earliest time that Jesus was God incarnate. It was probably one of the earliest Christian creeds that Paul quoted when he said,

Your attitude should be the same as that of Christ Jesus: Who, being in very nature God, did not consider equality with God something to be grasped, but made himself nothing, taking the very nature of a servant, being made in human likeness. (Phil. 2:5-7)

For to us a child is born, to us a son is given,
and the government will be on his shoulders.
And he will be called Wonderful Counselor,
Mighty God, Everlasting Father, Prince of Peace.
Of the increase of his government
and peace there will be no end.
He will reign on David’s throne and over his kingdom,
establishing and upholding it with justice and righteousness
from that time on and forever.
The zeal of the LORD Almighty will accomplish this. (Is 9:6-7) 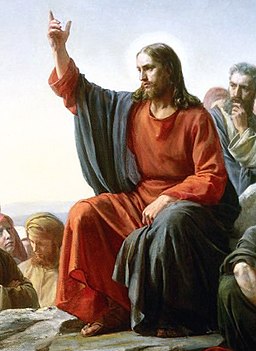 It is very clear the passage is talking about the Messianic king from David’s line, and also very clear that it refers to him with the words “Mighty God,” and “Everlasting Father.” The promised Messiah would be called “mighty God,” an obvious statement of the divinity of the messiah.

Another thing to note is that there are several precedents for God walking on earth in the Old Testament. It says that God walked in the Garden of Eden in the cool of the day (Gen. 3:8), that he visited Abraham and ate with him (Gen 18:1-13), and that Jacob wrestled with God (Gen 32:24 -38).

To see God walking again on earth as a man should not be a shock if he has done it before. The idea of the Messiah as God in the flesh is consistent with the witness of what the rest of scripture says about God’s ways.

An interesting thing to note is that in the Targums, ancient Jewish commentary-translations, whenever God walked on earth and interacted with humans, the Aramaic term Memra was used to refer to God. The term Memra actually means “Word”! One can hardly miss that this is the term the apostle John uses to refer to Jesus as the Messiah!

In the beginning was the Word, and the Word was with God, and the Word was God… The Word became flesh and made his dwelling among us. We have seen his glory, the glory of the One and Only, who came from the Father, full of grace and truth. (John 1:1, 14)

We have hardly scratched the surface of the texts that point to the divinity of Christ, although some are indirect allusions. Jesus refers to many of them and applies them to himself, and his first followers would have recognized them.  As you read the prophets in the Old Testament, keep listening for the prophecies about the Messiah. We will see that Jesus used many of them to proclaim himself as Messiah, and even God in the flesh.