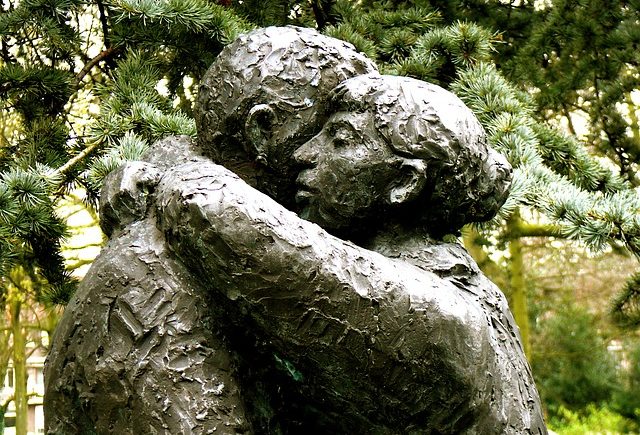 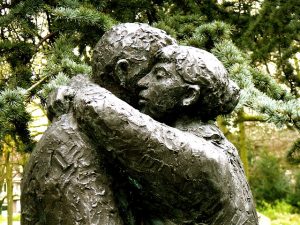 There is a really fascinating theme that runs through all of the Bible – the picture of God beginning a new creation. Genesis begins the story of creation with the Spirit of God “hovering over” the deep (Tehom), and one of God’s first acts of creation is the separation of water from water. This picture is a theme that recurs over and over in the scriptures, every time God starts something new.

There is a little of a poetic motif there, because the word for “the deep” is Tehom, which was symbolic of chaos. It is a picture of God conquering evil and chaos to bring order and a beautiful new thing into existence. The word for Spirit in Hebrew is ruach, which also means wind or breath, so when God parts the waters by a great wind it is a picture of God in the act of creating. 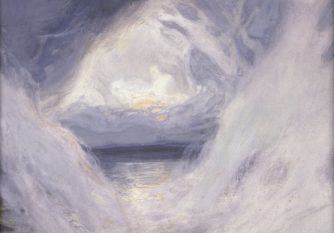 Where do we see this? First we see it in Genesis 1:1 of course, but only a few chapters later, after the flood destroyed all of life on earth, we read in Genesis 8:1-3 that God caused a wind (ruach) to pass over the earth, and restrained the waters of the deep (Tehom), and the flood waters receded, giving the world a new, clean beginning.

We next see this in the parting of the Red Sea, as the wind (ruach) blows to separate the waters so that the Israelites can pass through. This marks the beginning of God’s new nation of Israel, who now would have their own sovereignty and identity as the people of God. Later, as they pass through the river Jordan, once again God was parting the waters, and in a sense, re-creating them as his people and cleansing them of their sin in the desert. After their entrance into the land they took on the covenant again, just like they did at Sinai, and made a clean beginning as God’s people.

There is one more place significant scene in the Bible when we see this imagery of God at the waters – at the baptism of Jesus. Here the heavens are parted (reminiscent of the waters being parted) and we see the Spirit of God “hovering” over, in the form of a dove, just as it hovered over the first waters of creation. Here is God’s new creation, God on earth in the form of the Son of Man.