In the book of Judges we read the history of the Israelites right after they move into the land of Canaan. When they fell into idolatry because of their Canaanite neighbors, the Lord allowed them to be oppressed until they cried out to him, and then he would raise up a judge to save them from their enemies.

These judges would sometimes act as rulers by making decisions in court, but often they did not. The term “judge” referred to heroes like Gideon or Sampson who won battles that freed the Israelites from foreign oppression.

At first I found it very odd that the term “judge” could be used to describe a savior or a hero. I thought of the word “judge” as the very opposite of “save.” Didn’t Jesus say he came into the world not to judge it but to save it (John 12:47)? But reading more of the Old Testament, we find that often the words “judgment” and “salvation” are used as synonyms:

From heaven you pronounced judgment, and the land feared and was quiet — when you, O God, rose up to judge, to save all the afflicted of the land. (Psalm 76:8-9)

Imagine a woman is abused by her husband, and the police arrive and arrest him. When her husband is put in prison, this act of judgment is salvation for her from her abuser. So these “judges” who act as saviors in Israel were those who brought justice — who set things right after people have been suffering because of injustice. They saved the people of Israel by freeing them from those oppressing them.

That is why the word judgment and salvation are often linked. When God saves the ones being wronged from those who are wronging them, he is both judging and saving at the same time — bad news for one side, good news for the other.

This has made me revise my picture of God. I used to think of God as evil when he judged sin, and good when he was merciful. I imagined that any kind of anger at sin was wrong, so Jesus would have just smiled and talked about love even when a person had swindled the elderly out of their last dime, or beat their children, or blew up large buildings full of people.

This is perverse! Because God loves the people who have been victimized by sin, he is angry and will bring the guilty to judgement at the end.

So how does this fit with what Jesus said, “I came not to judge the world, but to save it”? Here we see that God has come up with a shocking, amazing answer to the problem of sin that even exceeds the good he would do by being perfectly just.

The key is atonement and repentance. Through Jesus’ atonement, he made it possible for sinners to be saved by repentance rather than be condemned in God’s future judgement. Jesus says that he himself will stand in judgment at the end of time, but he has come to atone for the sins of any who would repent and follow him.

God would rather have an abusive husband transformed into a loving husband than to sit in jail. He would rather have a terrorist find Christ than to just be caught and punished. In this way, he can both stop the damage of sin and bring redemption to the life of the sinner.

Because we all are sinners, he bids us all to repent and to find new life following him. Only through Jesus’ atoning blood and the work of the Spirit can lives be cleansed from sin and be transformed to reflect his love. 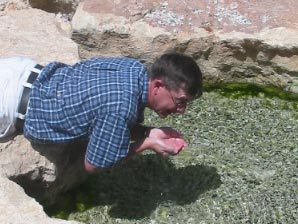 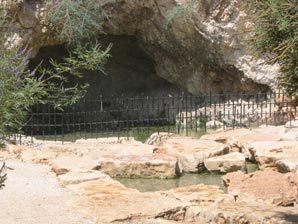 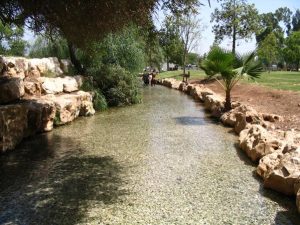