“Judah was told, “Your daughter-in-law Tamar has played the harlot; in fact, she is with child by harlotry.” “Bring her out,” said Judah, “and let her be burned.” As she was being brought out, she sent this message to her father-in-law, “I am with child by the man to whom these belong.” And she added, “Examine these: whose seal and cord and staff are these?” Genesis 38:24-25

In Jesus’ teaching, he says that certain smaller sins are equivalent to greater sins – like that looking at a woman lustfully is the same as committing adultery (Matt 5:28). Other rabbis used this technique of comparing a lesser sin to a greater sin, to show the sin’s severity.

An interesting example is that of publicly shaming another person. The rabbis pointed out that just as the face of a corpse is white, the face of a humiliated person becomes white to show that you have “murdered” him, in a sense. You have caused him great pain and distress, and the person’s reputation is often damaged in a way that cannot be repaired, just as murder can never be undone. 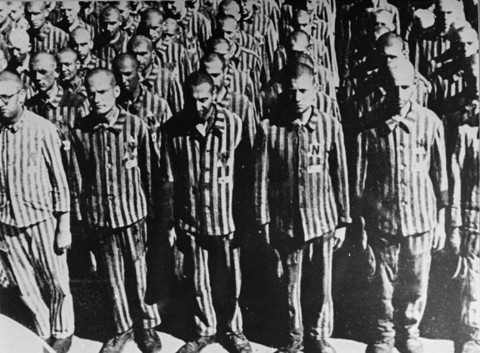 Jews are particularly sensitive to the sin of humiliation, having been ridiculed for their piety over the centuries, as this image from Nazi Germany shows. They have a long list of ethical rules to prevent shaming of others. They say that a husband should not insult or correct his wife in front of others to in any way bring shame on her (and vice versa). And a teacher should not ask a student a question in a class if he doesn’t believe he can answer. Even in death, Orthodox Jews are buried in a plain wooden box in a simple white garment, so that the poor would not be embarrassed by their inability to afford an elaborate burial.

The sages looked to the scriptures for examples of how to live, and saw that when Tamar was accused of being a harlot, she could have exposed Judah publicly, but instead she subtly gave him back his seal and cord so that he would not be humiliated. She risked her life in order not to embarrass him.1 And, when Joseph revealed himself to his brothers and reminded them of their crime against him, he first sent all his servants out of the room so that he would not publicly shame them. (Gen. 45:1)

While we as Christians know intuitively that humiliating others is wrong, it is good to remind ourselves of the severity of its effects, especially on our spouses and children. We can learn much from the rabbis’ meditations on this subject and apply their wisdom to our lives.

(1) From the Talmud, tractate Bava Metzia 59, written down about 500 AD. At the site http://www.divreitorah.co.uk/shame.html the following quote is found: “The pain of humiliation is more bitter than death. Therefore, one should rather fling himself into a fiery furnace than humiliate someone in public. They derived this from Tamar.” Talmud, Bava Metzia 59a. (This is an example of rabbinic exaggeration for emphasis like, “if your eye causes you to stumble, pluck it out…” – Matt 18:9)

See also “The Sin Against Persons” by A. Wolf at http://www.clal.org/e38.html