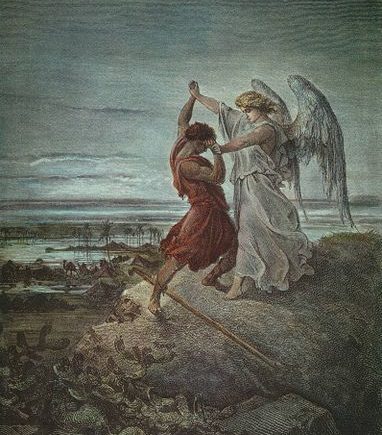 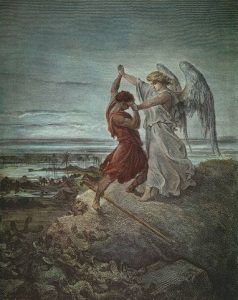 Then God appeared to Jacob again when he came from Paddan-aram, and He blessed him. God said to him, “Your name is Jacob;You shall no longer be called Jacob, but Israel shall be your name.” Thus He called him Israel. God also said to him,”I am God Almighty; be fruitful and multiply; a nation and a company of nations shall come from you, and kings shall come forth from you. – Genesis 35:9-11

Throughout the stories of the patriarchs of Israel, we see a recurring theme – that God is utterly sovereign over the choice of each ancestor of Israel. Sarah became pregnant in a semi-miraculous way when she was well beyond childbearing, after many doubts and attempts to help God through human means. Only after God came to visit with the announcement did it happen. And, it was only after Abraham was circumcised, a physical reminder and covenantal sign to show that the children that he fathered were the fulfillment of God’s promise of descendants. 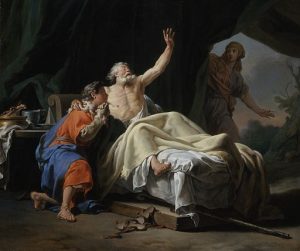 This theme of God’s sovereign choice recurs in the lives of Isaac and Rebekah, when Rebekah also struggles to bear children. Only through prayer was she able to conceive, showing God’s hand in the process. And then God declared that the younger son, Jacob, would be the one He had chosen. If the twins were born only a little differently, Jacob would have been the firstborn and would have been the obvious heir according to the established tradition. Much of the story of Jacob’s life, of his bartering for the birthright and stealing of his father’s blessing would not have been needed. But these stories underline the fact that he was not, by human standards, supposed to be the heir. He wasn’t strong and warrior-like like his brother Esau, the hunter. He wasn’t his father’s choice, which in that society would have made the decision certain. He wasn’t even especially moral, which we see from his scheming ways to get ahead.

God’s grace is certainly at its greatest in the choice of Jacob. But we see later that over Jacob’s life he grows into being a man of faith, when he has grown old and seen God’s sovereign hand over his life. And through him he fathers the twelve tribes of Israel, through which the whole world would be blessed. That should give us great encouragement, that God chooses each one of us, many of us against all the odds and not showing any worthiness. But once he has chosen us, his plans are far beyond anything we could ever imagine.