The concept of the first, in terms of firstborn and firstfruits, comes up often throughout the scriptures. As Westerners, we tend to think only literally about being the “first” in terms of being the initial child or animal born, or the beginning of the harvest of the crop. But grasping the significance of the “first” in Hebraic thought will greatly enhance our appreciation of what we read in Scripture.

Firstfruit of the Crops 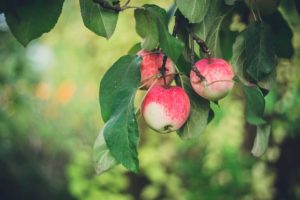 The idea that the crops of the land are holy until an offering is made is still practiced today among some traditional Africans. In these agrarian cultures, the fertility of animals and ability to grow crops is essential to survival, and assumed to be due to God’s favor.

In biblical times, the same thing applied to animals: the first male born of the mother was set apart to be given to God, out of thankfulness that he gave the ability to produce, trusting that he would bless with more later. The first products of animal and land, therefore, were considered to be great blessings, the most special offerings to give back to God. That is why  Proverbs 3 says,

Honor the LORD with your wealth, with the firstfruits of all your crops; then your barns will be filled to overflowing, and your vats will brim over with new wine. (Prov. 3:9-10)

If we want to apply that to our own lives, that means that we should assume that the first and best of everything we have is a special blessing from God, and something we should offer back to him. He gave us our relationships, our family, our time, our job, and our money. Do we offer the best back to him, or do we give him the “last fruits” of our time, our effort and our money?

Firstborn son of the family 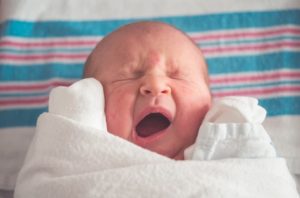 The firstborn son of a family also had great honor and status, and usually received a double portion of the inheritance, unless the father decided that another son was to be given preference. God also claimed the firstborn son of each family as his own, because he would have been the most valued child, the heir and successor to the family.

The other children of the family would treat the firstborn with special honor and respect, reflecting his status as the successor to the patriarch of the family. Because of this special favor that was given the firstborn, the term “firstborn” could mean “most exalted” or “closest in relationship” or “preeminent in status” even if it wasn’t literally speaking about something that actually came first. For instance, this week in Psalm 98 we hear God saying,

I have found David my servant; with my sacred oil I have anointed him… He will call out to me, ‘You are my Father, my God, the Rock my Savior.’ I will also appoint him my firstborn, the most exalted of the kings of the earth. (Psalm 89:20,26-27)

David was youngest of his family, and God passed his other brothers by to choose him as king. When God said he would appoint him firstborn, he doesn’t mean that he would be first before anything else in sequence, but that David would be preeminent in favor and status.

Another instance of this is in Exodus when God spoke metaphorically of Israel as his “firstborn son.” God told Moses,

The First Represents the Whole

You drink wine by the bowlful and use the finest lotions, but you do not grieve over the ruin of Joseph. (Amos 6:6)

In the New Testament, we see Paul using the logic of the “first representing the whole” about Jesus:

But Christ has indeed been raised from the dead, the firstfruits of those who have fallen asleep. For since death came through a man, the resurrection of the dead comes also through a man. For as in Adam all die, so in Christ all will be made alive. But each in his own turn: Christ, the firstfruits; then, when he comes, those who belong to him. (1 Cor 15:20-23)

He is the image of the invisible God, the firstborn over all creation. For by him all things were created: things in heaven and on earth, visible and invisible, whether thrones or powers or rulers or authorities; all things were created by him and for him. He is before all things, and in him all things hold together. And he is the head of the body, the church; he is the beginning and the firstborn from among the dead, so that in everything he might have the supremacy. (Col. 1:15 -18)

He is firstborn from among the dead, a promise that all who are a part of his kingdom will rise too. Not only is he representative of all of his kingdom, he is also highly exalted over all creation, worthy of honor and glory as the firstborn son of God.