“I am the LORD, and I will bring you out from under the burdens of the Egyptians, and I will deliver you from their bondage. I will also redeem you with an outstretched arm and with great judgments. Then I will take you for My people, and I will be your God.” Exodus 6:6-7

The theme of Passover is redemption, when God redeemed his people from slavery from Egypt. We miss the full implications if we don’t understand the ancient meaning of that word. If a man fell into debt and went into slavery, a kinsman would be needed to “buy” him back to freedom. But once the man was redeemed by being “purchased,” his relationship to his redeemer changed. Now he was specifically bound to his redeemer, and he became “his,” only as a close family member, not as a slave. As an example, when Boaz acted as kinsman redeemer to Ruth, she became his wife (Ruth 4:9-10).

God is using this image when He told Moses to say to His people,

`I am the LORD, and I will bring you out from under the burdens of the Egyptians, and I will deliver you from their bondage. I will also redeem you with an outstretched arm and with great judgments. `Then I will take you for My people, and I will be your God. (Exodus 6:6-7)

God is saying that He will redeem them as a kinsman would, and purchase them as His own people, forming a relationship so that they would be uniquely His, and He would be their God. This verse is recited every year at Passover to remember the relationship that God began with His people through His redemption.

Each of the four verbs God used in the promise above (bring out, deliver, redeem, and take) is related to one of the four cups of wine used in the Seder meal. The third cup of the Passover meal is called the Cup of Redemption, and was associated with God’s promise, “I will redeem you”. This is the cup that Jesus held up at the last Passover supper, and said was His blood shed to redeem us as His people, in a new covenant for the forgiveness of sins. Jesus is describing how through His atoning death, he has “purchased us”, to set us free from slavery to sin and death. By this transaction, we have been brought into a new relationship with Him as His covenantal people. His disciples understood the magnitude of Jesus’ redemptive “purchase” of us and expressed it this way:

…You were not redeemed with perishable things like silver or gold from your futile way of life inherited from your forefathers, but with precious blood, as of a lamb unblemished and spotless, the blood of Christ. 1 Pet 1:18-19

Praise the Lord for the great purchase that He made 2000 years ago, when the cup of suffering became the cup of redemption, when He purchased us as His people. Whenever you think of His death and resurrection, remember that we are not our own, but we are His, bought with a price. That should make us eager to serve our resurrected King, Christ the Lord. 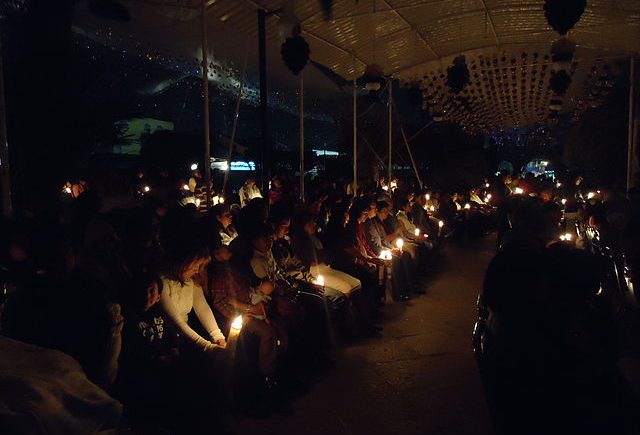 It was a night of watching for the LORD to bring them out from the land of Egypt; and so on this night all Israel is to keep the vigil to the LORD for generations to come. Exodus 12:42 (NET)

Most know that the Jewish Passover celebration focuses on remembering how God redeemed his people from Egypt, but it also looks forward to God’s final redemption in the coming of the Messiah. The command to remember the deliverance from Egypt is clear to us, but it might be a mystery as to where Jewish people find the idea that they should look forward to redemption as well. 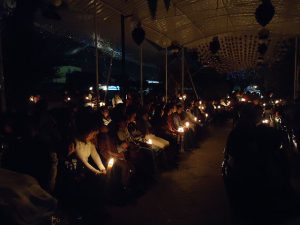 The answer is in Exodus 12:42, above, that says that all Israel is to keep vigil for generations to come. They saw this as meaning that they should be watching for what great thing that God will do next. Passover is referred to as a “night of vigil,” of keeping watch. Passover begins with the setting of the sun, as all days do in the Hebrew calendar. As the feast day begins, people are mindful of the need to watch for what God will be doing through the night and in the day ahead. The traditional way to observe this command is to open the front door of the house and look out – to show that you are standing alert. Typically, one of the children open the door to see if Elijah is there, because Malachi says that he will come before the Messiah:

“See, I will send my messenger, who will prepare the way before me. Then suddenly the Lord you are seeking will come to his temple; the messenger of the covenant, whom you desire, will come,” says the LORD Almighty…”See, I will send you the prophet Elijah before that great and dreadful day of the LORD comes. Mal. 3:1, 4:5

In Jesus’ time, of course, he explains that John the Baptist fulfilled the role of the “Elijah” who would come before him.

It is fascinating, in light of this tradition, that Christ really did complete his mission of dying for our sins on the very day that they were looking for their redeemer to come. Late at night, just hours after the Passover meal Jesus was arrested in the garden, and in the wee hours he stood trial. Before the next day had fully begun, he was being led out to death. Jesus’ words to his disciples in Matthew 26:40 take on special meaning to me now:

“Could you not keep watch with me for just one hour?”