Paul’s letters to churches have always been a challenge for scholars, since Paul was speaking to the problems that were specific to these churches. Reading them is like listening to one end of a phone conversation. Without knowing the dialogue that has been going on up to this point, it is difficult to decipher what Paul is addressing.

It will help greatly to understand Jewish culture in Paul’s time. Only in the past thirty years have Christian scholars looked at Paul in the light of this information. Before that, theologians relied mainly on Christian traditions about Jews, rather than historical Jewish sources.

Recently there have been many new insights on Paul, and of course much debate. One misconception Christians have had is that the Jews of Paul’s time were trying to earn their way to heaven by gaining merit in the eyes of God. In fact, Jews generally have had a strong sense of their salvation, because of their election as God’s chosen people. The Mishnah (an early Jewish commentary on the Torah) says, “All Israel has a share in the world to come” (Sanh 3:10).

Because of God’s covenant with the nation of Israel, all its members are assured of eternal life, in Jewish thought. (Note that John the Baptist preached against this – see Matthew 3:9.) Jews did spend much time interpreting the laws, but not out of a sense of insecurity. They did so because they felt they should be faithful to this covenant, since they had been chosen to serve God.

Another reason they strictly observed their laws was out of a strong sense of national identity. The Jews were a small minority in the Roman Empire that had gone through much persecution for not adopting Gentile ways. As a reaction to that persecution, they were especially careful to observe laws that separated them from Gentiles. Being circumcised was especially important, because it was what a Gentile proselyte (convert) to Judaism did to show he had come under the covenant of Moses, the Torah.

From the understanding that the Jews alone were God’s chosen people, there was a tendency toward religious elitism. Their picture of Gentiles was that they were degenerate sinners, prone to idolatry, sexual immorality and murder. Jews would not enter a Gentile’s home or eat with one.

The Shock of Gentile Believers 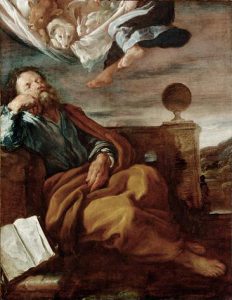 In Acts 10-11, we see that God had to give Peter a special revelation that he was supposed to visit Cornelius the Gentile, because otherwise Peter wouldn’t have done it. God had to tell Peter that what he had declared “clean,” Peter should not declare “unclean.” Other Jews were shocked that Peter had visited him, and even more dumbfounded God had poured out on the Gentile believers the Holy Spirit, the sign of the New Covenant.

This was the controversy at the heart of Paul’s conflict with other Jews too. For the past two thousand years, the Jews alone had been God’s holy people. Now, Paul was actually saying that these filthy sinners, who had never been a part of the covenant of Moses, could be accepted by God. To many, it undermined God’s special relationship with the Jews for Paul to say that a person could be saved apart from their covenant.

To Paul, their insistence that Gentiles be circumcised and become Jews made it pointless that Christ even came. If being Jewish was what saved you, this was not a new gospel at all (Gal 1:7). There had been Jewish evangelists before now who convinced Gentiles to become Jewish proselytes, and this is what they had been preaching up until this time.

The major concern of Paul’s opponents was that it was necessary for the Gentiles to become Jews in order to be saved, and they did this by becoming circumcised and observing the Mosaic laws. How could God accept them when they were not a part of the covenant he had clearly given? In essence, salvation was dependent upon becoming a Jew, since the Jews were the chosen people.

The emphasis was not so much on legalism, earning their way to God’s favor, like in Martin Luther’s time. Rather it was nationalistic and elitist: only Jews can be saved, therefore, people needed to come under the covenant of Moses to be saved. They needed to observe the law of Moses to be a part of God’s covenant people. Some Judaizers may not even have been believers, but other Jews who told Gentiles that they need to become Jews to be saved.

How did Paul respond? He made two main points. First, it was clear to him that God had accepted Gentiles as Christians because they had been filled with the Holy Spirit when they believed, just as Jews were. The giving of the Holy Spirit was the sign of the New Covenant, and the fact that they had the Spirit meant that they were a part of the covenant. Paul says to the Galatians,

This is the only thing I want to find out from you: did you receive the Spirit by the works of the Law, or by hearing with faith? Are you so foolish? Having begun by the Spirit, are you now being perfected by the flesh? (Gal 3:2)

Here, Paul is reminding the Galatians that they had received the gift of the Spirit when they came to faith in Christ. Now, they had begun observing Jewish laws out of a worry that they needed to be Jewish to be saved.

The phrase “works of the Law” is especially significant. In the Dead Sea Scrolls, the phrase “works of the Torah” was a technical legal term for those laws that marked the boundaries between Jew and Gentile, like circumcision and eating kosher. These laws specifically marked a person for whether he or she was Jewish or not. Paul reminds the Gentiles that they did not receive the Spirit by practicing Judaism, but by believing in Christ, so they should not worry that they need to do that now.

Scholars point out that Paul was in no way rejecting his own Jewish faith or telling the Jewish believers to abandon their covenant. Rather, he tells people to remain what they are, circumcised as Jews or uncircumcised as Gentiles, because in their Messiah Jesus they had been made one. 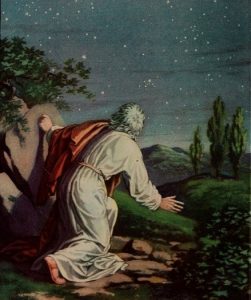 Paul’s other example to prove that Gentiles could be saved apart from being Jewish was Abraham. Abraham was still an uncircumcised Gentile when God made his covenant with him. God came to him and promised that all nations on earth would be blessed through him.

Abraham was never under the covenantal law God gave to Moses, since God didn’t give it until four hundred years later. Instead, Abraham was considered righteous in God’s eyes because of his “emunah,” faith in God’s promises, and faithfulness in following him.

To Paul, Abraham was the perfect example of God’s grace choosing someone, and them responding in faithfulness. That is what he wants for the Gentile believers: that they become sons of Abraham, showing their faith in God’s love.