Jesus spends more of his ministry talking about the kingdom of heaven than anything else. If it was central to Jesus’ message, it certainly should be important to us too! To many, these sayings are confusing and difficult to grasp. Having a knowledge about Jesus’ first century Hebrew culture will greatly clarify his teaching. 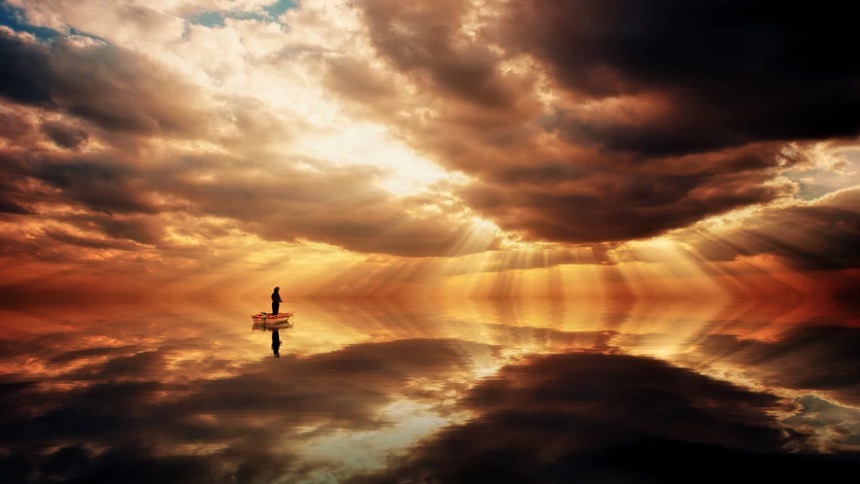 For example, the prodigal son says to his father, “Father, I have sinned against heaven and in your sight.” The son is using the word “heaven” as a reference to God. So, Matthew is preserving the culturally-correct quote “kingdom of heaven” while Mark and Luke are explaining that “heaven” is a reference to God.

The actual words that came out of Jesus’ mouth were probably Malchut shemayim (mahl-KUT shuh-MAH-eem) which was a phrase used in rabbinic teaching in his day. The word malchut is related to the word melekh which means “king.” Malchut is associated with the actions of a king: his reign and authority, and also anyone who is under his authority. Shemayim is Hebrew for “heavens.” A simple way of translating it would be “God’s reign,” or “how God reigns” or “those God reigns over.”

But what does it really mean?

The primary understanding of the kingdom of heaven was God’s reign over the lives of people who enthrone him as king. You might think that God by default is king over everything he created. The biblical assumption, however, is that after the fall and the tower of Babel, the world began to serve other gods. At that point, God stopped being their king. Most of the world did not know God, but the Scriptures promised that one day, “The LORD will be king over all the earth; in that day the LORD will be the only one, and His name the only one” (Zech 14:9).

The question of Jesus’ time was when and how God would establish this kingdom over the world. It was thought that when the Messiah came, the Kingdom of God would arrive all at once with great glory. But Jesus disagrees: 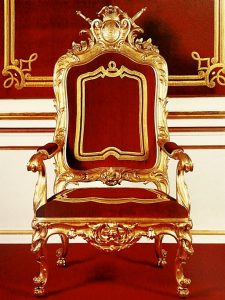 Jesus meant that a person is brought into the kingdom of God when the person repents and decides to accept God as his King, and it is something that happens in a person’s heart, not a political movement or visible display of God’s power. He agreed with other rabbis who said that when a person committed himself daily to love God with all of his heart, soul, mind and strength, (by saying the Shema) he had “received upon himself the kingdom of heaven.” In essence, the person had put God on the throne over his life and entered under God’s king-ship.

One of the reasons Jesus preaches about the Kingdom of God is to proclaim the fact that he is the Anointed King (Messiah) and this is his kingdom. The “good news of the kingdom” is that when Jesus, the Son of God arrived on earth, the kingdom had arrived with him. Jesus tells his disciples to go out and heal the sick, and say that the “kingdom of heaven is near,” meaning that it is now arriving on earth, not that it isn’t quite here yet.

The take-home message is that Jesus, the king, has arrived, and he is establishing his kingdom as people repent and follow him. Jesus consistently describes the kingdom in terms of gradual expansion — like a mustard seed or a little bit of yeast that grows and grows. He is describing the community of believers that starts small, and then grows as people from all nations join. This will culminate when every knee shall bow, and every tongue confess that Jesus is the King!

Note that the primary understanding of the kingdom of heaven is God’s reign over people in this world. Often we interpret it by equating it with heaven itself. This leads us to think that Jesus was always talking about heaven, when he was actually talking about God’s work in people’s lives. It suggests that God cares little about the lives we live now, and that he only cares about getting us into heaven.

Another distortion is to always interpret the kingdom in terms of Christ’s second coming. Certainly when Jesus returns his kingdom will be at its most glorious, and sometimes the gospels do use kingdom to talk about Jesus’ second coming or about his future heavenly kingdom. But much of what Jesus says about his kingdom is about its present reality.

How does this effect how we read Jesus’ sayings?

It is interesting how reading Jesus’ sayings in terms of what God is doing on earth, rather than in terms of heaven, can give new insight on his words. Let’s look at some examples:

Let the little children come to me, and do not hinder them, for the kingdom of heaven belongs to such as these. (Matt 19:14)

Childlike trust is a model for a believer’s commitment to God. People who are humble, who know they can’t live without God’s care and direction, who approach God as children do their father, are the ones that God really can teach and have a relationship with. Proud people who feel they have everything under control have a very hard time being under God’s king-ship.

For some are eunuchs because they were born that way; others were made that way by men; and others have renounced marriage because of the kingdom of heaven. (Matt 19:12)

This used to puzzle me — I wondered if Jesus was saying that some have renounced marriage in the hope that they will go to heaven because of it. Rather, he means, some have decided not to marry because of God’s reign over their lives – they believe that it is the God’s will, and they are submitting to his authority.

But seek first His kingdom and His righteousness, and all these things will be added to you. (Matt. 6:33)

If you devote yourself to letting God direct your life and doing God’s will, he will take care of your physical needs.

When we say this in the Lord’s prayer, we often assume that “your kingdom come” means “we are waiting for you to return.” We interpret it as a plea for Christ to come back again quickly. Really, the two phrases “your kingdom come” and “your will be done on earth” are synonymous.

They are saying “May all the peoples of the earth enthrone you as king! May everyone on earth know you and do your will!” Certainly we are joyously awaiting Christ’s return. But this is really a request for God to use us to spread the gospel and establish God’s kingdom on earth!

Several references are available for those who want to learn more about the kingdom of heaven in its Jewish context. “The Kingdom of Heaven: God’s Power Among Believers,” by Robert Lindsey, or the teaching series “Our Hebrew Lord,” by Dwight A. Pryor are good places to start.