In the New Testament, Christians read about the Last Supper, the death and resurrection of Christ, and the outpouring of the Holy Spirit on Pentecost and celebrate these foundational events in the life of the church.

I was amazed when I first discovered that each of these events is actually rooted in the Old Testament, and more specifically in the defining events that shaped the nation of Israel. Understanding the relationship of these critical events to the story of ancient Israel is incredibly rich, because it pours new meaning and depth into the New Testament.

The Last Supper and Crucifixion

Jesus’ final meal with his disciples, the Last Supper, occurred at the celebration of the Passover meal (Matt 26:17), which was originally described in Exodus 12. It was a yearly feast to reenact God’s greatest act of redemption in the history of Israel, the freeing of the nation from slavery in Egypt.

This act defined Israel as a nation and showed God’s great compassion for their suffering. Still to this day, Jews who do not know Christ see it as the most obvious time in all of human history that God intervened in human affairs. Isn’t it interesting that God chose this season to intervene a second time in human affairs to save his people? Only this time it isn’t just physical bondage in slavery, but bondage to sin and death itself. 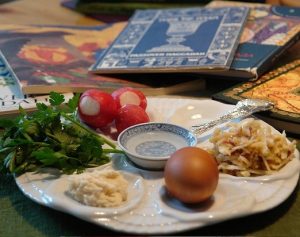 The Seder meal that Jesus ate is still eaten every year by Jewish people celebrating the Passover feast. The ancient Israelites sacrificed a lamb or kid and marked the doors of their houses with its blood, so that the angel of judgment would pass by.

The parallels between Jesus’ blood protecting us from judgment are obvious. The Israelites smeared patches of blood on the top and on either side of the door, then poured the remaining blood in the trench at the foot of the door. Some think they were marking where Jesus’ blood would be — from the nails in his hands and feet, and from the crown of thorns. What a potent image!

Another strong connection between Jesus and the lamb of Passover is Isaiah 53, one of the most powerful passages in the Old Testament about the coming Messiah.

But he was pierced for our transgressions, he was crushed for our iniquities; the punishment that brought us peace was upon him, and by his wounds we are healed. We all, like sheep, have gone astray, each of us has turned to his own way; and the LORD has laid on him the iniquity of us all. He was oppressed and afflicted, yet he did not open his mouth; he was led like a lamb to the slaughter, and as a sheep before her shearers is silent, so he did not open his mouth. … Yet it was the LORD’s will to crush him and cause him to suffer, and though the LORD makes his life a guilt offering, he will see his offspring and prolong his days, and the will of the LORD will prosper in his hand. After the suffering of his soul, he will see the light of life and be satisfied; by his knowledge my righteous servant will justify many, and he will bear their iniquities. (Isaiah 53:5-7, 10-11)

When I first encountered this passage long ago, I thought it was from the New Testament. It actually was written over 700 years before Jesus. I was moved to tears when I saw this text on display in the Isaiah scroll found among as Dead Sea Scrolls, which predate Jesus. This means that thousands of years before Christ, God was thinking of the Lamb to come, and then hundreds of years later, God told Isaiah about his plan. Graciously, God even made sure that a copy would be preserved from before Jesus’ birth until the modern day, in order to show us that it was God’s idea, not a later Christian insertion.

In Acts, we also read about Pentecost, where the disciples heard a wind and saw tongues of fire that split apart and then filled them with the Holy Spirit and the ability to speak in other languages. Jews of every nation heard them speaking their own language. Peter then stands up and speaks, and 3,000 are saved that day (Acts 2).

Our traditional reading of that text is that they were in the upper room when this happened. But Pentecost, or Shavuot, is one of the three major festivals which required their attendance, and at nine in the morning, they would have been at the temple with the crowds of Jews from every country who had come to the feast.

The temple is often referred to as “the house,” and still is in Hebrew. So the temple was filled with a sound of a mighty rushing wind, and the vision of tongues resting on them took place in front of thousands of other people. Here in the temple (and not in an upper room) Peter could speak to the multitudes about Jesus.

The feast of Shavuot is a harvest festival that also commemorated the giving of the covenant on Mount Sinai. On that mountain, God came down in fire and gave his ten commandments, and established his covenant with his people (Exodus 19-20). God used that incredibly important experience in Israel’s life to begin his relationship with them, and he replays it here. 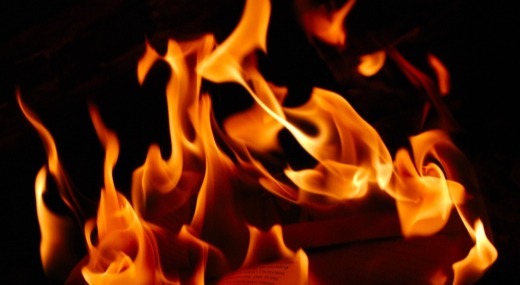 The fire that appears that separates into tongues is reminiscent of God’s appearance in fire on the mountain, as is the wind (Ruach) of God’s Spirit. What is fascinating is that ancient Jewish traditions show even more parallels between Sinai and Pentecost. They said that when God came down to Mount Sinai, angels brought “crowns of fire” for every Israelite. When God spoke,

Isn’t it amazing that the scene at the temple is a replay of the great scene at Mount Sinai? It fits in perfectly with what God said he would do for his people in the future:

“The time is coming,” declares the LORD, “when I will make a new covenant with the house of Israel and with the house of Judah. “I will put my law in their minds and write it on their hearts. I will be their God, and they will be my people. No longer will a man teach his neighbor, or a man his brother, saying, ‘Know the LORD,’ because they will all know me, from the least of them to the greatest,” declares the LORD. “For I will forgive their wickedness and will remember their sins no more.” (Jer. 31:31, 33-34)

On Shavuot of this important year, God poured out his Spirit as part of his new covenant. This Holy Spirit entered the believers’ hearts to guide, convict, correct, give wisdom and enable them to live the way God wanted them to, just as his Torah (Law, or Instruction) did in the first covenant.

All of those who are a part of this new covenant know the Lord, from the least to the greatest. Why? Because the only way to become part of the new covenant is through faith in God through Christ.

An excellent source for more information on this topic is the Faith Lessons Video series and study guide, Set 4, by Ray VanderLaan, published by Zondervaan. He discusses many amazing parallels in these stories.