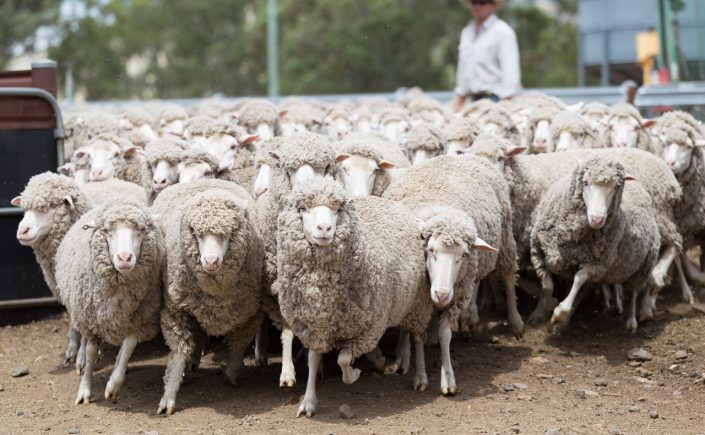 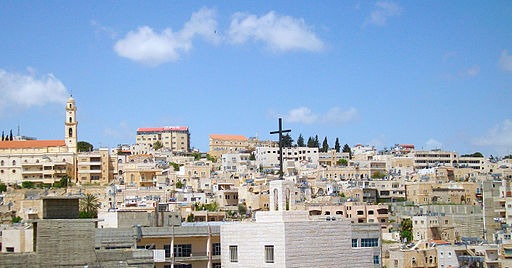 In Matthew 2:6 we read a famous prophecy from Micah about the town of Bethlehem:

But you, Bethlehem Ephrathah, though you are small among the clans of Judah, out of you will come for me one who will be ruler over Israel, whose origins are from of old, from ancient times. (Micah 5:2)

This is one of several messianic passages in the book of Micah. Christians are largely unaware of another passage in Micah that has been considered very messianic by Jews over the ages:

I will surely gather all of you, O Jacob; I will surely bring together the remnant of Israel. I will bring them together like sheep in a pen, like a flock in its pasture; the place will throng with people. One who breaks open the way will go up before them; they will break through the gate and go out. Their king will pass through before them, the LORD at their head. (Micah 2:12-13)

This passage was understood as quite messianic in the time of Jesus. To us, it doesn’t make a lot of sense unless we understand the imagery behind it. Once you understand it, you see that it clarifies one of Jesus’ most puzzling sayings and makes bold claims to be the fulfillment some of the most important messianic themes in the Old Testament.

Micah 2:12 begins by describing the gathering of the “remnant of Israel.” What does that mean? At the end of the book of Deuteronomy, God forewarns Israel that they would wander from the covenant that he made with them. He says that if they forsake him, they will lose the promised land, where they worshiped him and will be scattered to different lands, where they will serve other gods.

However, he promises that if they repent, he will regather this remnant of his people who seek him. It’s very important to realize that to “regather” doesn’t just refer to a physical gathering, but spiritual renewal too. God will regather his people spiritually, to give them hearts to worship him. Deuteronomy 30 says,

Even back when Israel made the covenant, God promised them that even after they broke his covenant, God would search them out and bring them back to him again if they repented. Several times in the Old Testament, God is described as a shepherd that will search for his people (see Jer. 23, Ezek. 34). When Jesus describes himself as the Good Shepherd in John 10, he is claiming that he is the fulfillment this promise.

The Flock and the Shepherd 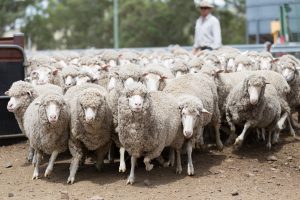 Looking back at the Micah passage, it says the flock will be gathered together like many sheep in a pen, and “one who breaks open the way will go up before them; they will break through the gate and go out.” What does this mean? Here, you need to know how shepherds took care of sheep in biblical times.

The shepherd would lead the sheep around open land to graze all day, and at evening, would herd them into a makeshift pen made out of boulders rolled near the mouth of a cave. Sometimes the shepherd would even sleep just inside the rocks so that he blocked the exit for the sheep himself, as if he was the “gate” for the sheep (think of John 10:7-9).

In the morning, one of the shepherd’s helpers would “break open the way” by pushing aside a boulder, so that the sheep could exit from their overnight confinement. The hungry sheep wouldn’t just leave calmly, they would burst out in a stampede, breaking through the other boulders in their way. The shepherd would exit along with them, and they would follow the shepherd out to pasture.

In the time of Jesus, the passage in Micah 2 was understood to be messianic. It was understood as describing two figures who were supposed to come, a messenger who would prepare the way, and the Messiah, who was going to be a king who would reign over his people. In this passage, they imagined that the “one who breaks open the way” was the messenger, who would cause people to repent and be ready for the Messiah, and then the Messiah was the shepherd with the sheep.

Interestingly, the passage says that the Shepherd is the LORD, hinting that the Messiah is God himself! We can see how this would apply to John the Baptist and Jesus.

The picture in this prophecy is really that of a people who are full of joy at the coming of their Messiah. Like sheep that are stampeding out of their pen after a night of being confined, the “sheep” of the messianic shepherd will be exuberant at his coming, and eager to follow where ever he leads. A very similar image is used of calves in another messianic passage in Malachi:

But for you who fear My name, the sun of righteousness will rise with healing in its wings; and you will go forth and skip about like calves from the stall. (Mal. 4:2 )

The Kingdom Suffers Violence, or Bursts Forth?

It is not immediately clear to readers that Jesus speaks about this image in Micah 2, because difficulties in translation have obscured the meaning of the passage. Older translations of Matt 11:12 read,

From the days of John the Baptist until now the kingdom of heaven suffers violence, and violent men take it by force.

As it has been translated, it sounds as if Jesus was talking about the kingdom “suffering violence” in terms of the persecution he and John went through. Some have even hypothesized that Jesus was advocating violence in order to be a part of it.

The problem is in assuming that the kingdom is the victim of violence. The word “suffers” is not literally there in Greek at all: it is a way to explain how the kingdom and “violent” can be connected. However, the word for “violence,” biazo in Greek, can also mean “forceful,” or “bursting out.” Biazo can even mean “explosive,” poretz in Hebrew, which is the word used in Micah 2.

Instead of the kingdom being victim of violence,  Jesus was describing the bursting out of the kingdom! In the New International Version (1984) this verse is translated:

From the days of John the Baptist until now, the kingdom of heaven has been forcefully advancing, and forceful men lay hold of it.

Jesus appears to be alluding to the bursting out of the sheep with their shepherd, as in the Micah 2 passage. He is speaking of John the Baptist as the “breaker” who has begun the explosive effect of the kingdom of God on earth. A similar verse appears in Luke 16:

The Law and the Prophets were proclaimed until John. Since that time, the good news of the kingdom of God is being preached, and everyone is forcing (biazo) his way into it. (Luke 16:16)

What does this mean?

This is one more example of how we see Jesus using the messianic imagery of the Old Testament to describe the amazing implications of the Kingdom of God being among them. He is saying that God had begun doing a powerful new thing on earth at the coming of John the Baptist, who with his ministry called people toward repentance.

Now that he the Messiah had come, the movement was exploding outward, as people were filled with joy at the coming of their redeemer and telling others about him. This movement was like yeast or a mustard seed that had started small, but was rapidly gaining force and power. When people realized its worth, like a pearl of great price, they were excitedly forcing their way into it.

Jesus is giving us a potent picture of the fulfillment of the promise of the ages: the Lord would come to his people, to forgive their sins and restore their relationship with him. The messianic age had arrived with his coming! The Spirit of God would propel this movement outward until it would fill the whole earth.

It is easy for us to become complacent, to feel that the need to grow and expand has waned. From this passage, it seems that Jesus is reminding his followers of the force behind them, that the Spirit was bursting out on earth in an entirely new way, and they should be filled with excitement. So should we be too!