The verses above are from the conversation between Abraham and God about whether God would destroy the city of Sodom. Abraham argued tenaciously with God over the city, bargaining with God until the Lord agreed that even if only ten righteous people are found in Sodom, he would spare it.

We read this story with some surprise that a human would dare debate with God. Christians generally do not think it is appropriate to be so bold with God, saying as Abraham said, “Far be it from you to do such a thing – to kill the righteous with the wicked, treating the righteous and the wicked alike. Far be it from you! Will not the Judge of all the earth do right?” (Genesis 18:25).

The rabbis of Jesus’ day had an interesting answer for this brashness of Abraham toward God. Their interpretation was that it was as if Abraham is a child who is especially close to his father, trusting him so completely that he can say anything to him. His repeated petitions are like a little boy who keeps pulling on his father’s shirt tails, pleading with his dad, begging him over and over for a treat.

Jesus likes that kind of persistence himself. He is impressed by the Gentile woman who argues with him until he heals her daughter (Mark 7:26). He also tells a parable of a widow who keeps pounding on the door of judge until he hears her case (Lk 18:1-7). If an unrighteous judge will grant her request because she is persistent, how much more will a good and loving God answer her prayers! This is to teach us that we should always pray and never give up. Doing so shows that we believe in God’s power and His abundant love for us. 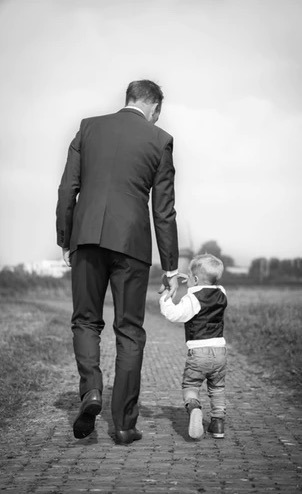