“The father said to his slaves, `Quickly bring out the best robe and put it on him, and put a ring on his hand and sandals on his feet; and bring the fattened calf, kill it, and let us eat and celebrate; for this son of mine was dead and has come to life again; he was lost and has been found.'” – Luke 15:22-24

We as Western Christians often describe salvation as a transaction – that we have sinned by breaking God’s rules, and if we trust in Jesus, he will pay the penalty for our sin to allow us to escape punishment for sin when we die. 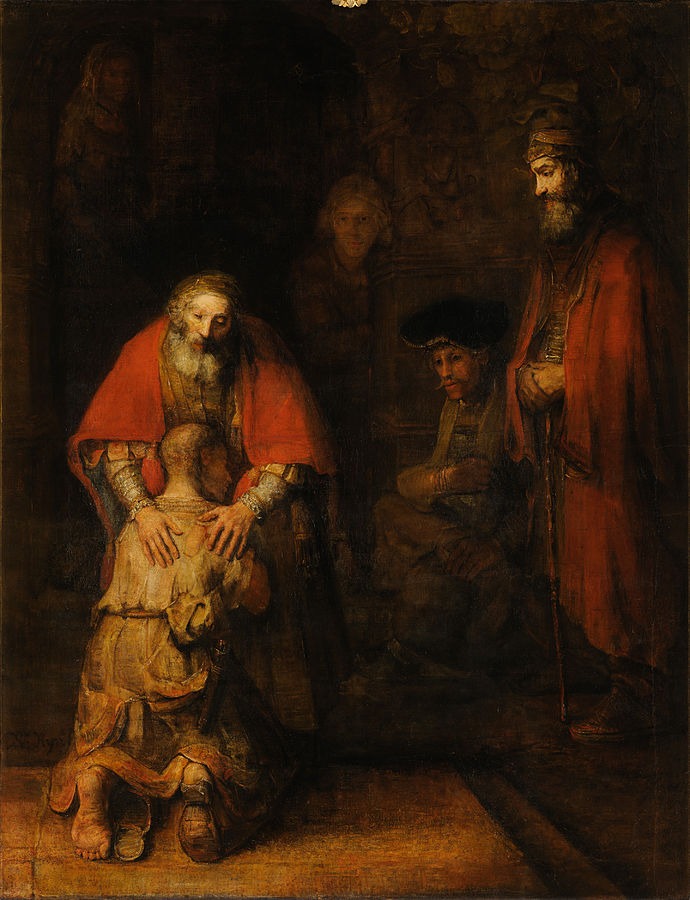 Through the parable of the Prodigal Son, we get a more Eastern picture of sin – as that of a broken relationship. The prodigal son who asked for his inheritance early was making a powerful statement of rejection of his family. In Eastern cultures, to make that request was to imply a wish that the father was already dead. It would have been profoundly hurtful to the family as the son sold the family’s property for his own gain.1 It shows us a picture of the great personal offense we cause God as we reject him as our father. Sin does not just “break the rules,” it is a direct rejection of the God who is our loving parent, who cares for us deeply.

When we walk away from God, like the prodigal son, we live each day of our lives separated from God, alienated from our true family because of our sin. As Paul says,

Once you were alienated from God and were enemies in your minds because of your evil behavior. (Colossians 1:21)

Sometimes we portray God as an impersonal judge, and even fear him as an angry policeman who is only out to punish sin. But Jesus says through this parable that God is a caring father eager to see his children come home, both in this life and in eternity. He is eager to have us in relationship with him, back in his family once again. This picture is not just that of a God who will impersonally judge us when we die, but that of a loving father who actively wants to bring his lost children back into relationship with him, now and forevermore.