I will bring them together like sheep in a pen, like a flock in its pasture; the place will throng with people. One who breaks open the way will go up before them; they will break through the gate and go out. Their king will pass through before them, the LORD at their head. – Micah 2:12-13

In Micah, we find a passage about a “shepherd” that was considered very messianic in the time of Jesus. His listeners understood that the “one who breaks open the way” was the messenger, who would cause people to repent and be ready for the Messiah, and that the Messiah was the shepherd king going out with the sheep. Interestingly, the passage says that the Shepherd is the LORD – hinting that the Messiah is God himself! (We have the benefit of being able to look back and can see how this passage was prophecy about John the Baptist and Jesus.)

This passage is much more meaningful if we understand the imagery behind it, that of shepherding. It tells us that the flock will be gathered together like many sheep in a pen, and “one who breaks open the way will go up before them; they will break through the gate and go out.” 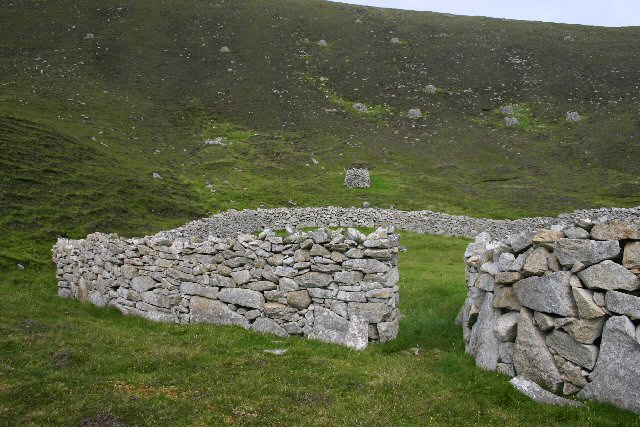 In biblical times, the shepherd would lead the sheep around open land to graze all day. As they sun was going down, he would herd them into a pen made with boulders or into a cave closed with boulders. He himself would sleep in the gate or “be” the gate. In the morning, the sheep would be restless, hungry, bursting with energy and eager to get out to pasture.

Suddenly, one of the shepherd’s helpers would “break open the way” by pushing aside a boulder in the fence. The sheep wouldn’t just leave calmly – they would burst out in a stampede, breaking through the other boulders in their way. The shepherd would exit along with them and then they would follow the him out to pasture.

The picture is really one of a people who are full of joy at the coming of their Messiah – like sheep that are stampeding out of their pen after a night of being confined. The “sheep” of the messianic shepherd will be exuberant at his coming, and eager to follow where ever he leads. He heals us from our diseases and releases us from the bondage and guilt of sin. Our Shepherd, the LORD Himself, has come to save us now and forever!

This passage in Micah was probably alluded to by Jesus in Matthew 11:12. For more about that reference, read the article “The Kingdom Breaks Forth” at this link.