What exactly was promised in the Old Testament about the coming Messiah and how did Jesus fulfill it? While we find messianic hints from the very beginning of Genesis, the place where the promise was explicitly made was during the life of King David. David was faithful to God and earnestly desired to build a house (a temple) for him. Through the prophet Nathan, God gave him this response:

This passage is foundation and core of all God’s promises the Messiah. The Messiah was to be a “son of David,” a great king who would reign over Israel and would have a kingdom without end. This was partially fulfilled by Solomon, the son of David, but ultimately fulfilled by Jesus, the Son of David.

We see many intriguing parallels between Solomon and Jesus. The triumphal entry of Jesus into Jerusalem that was like Solomon’s coronation (1 Kings 1); the gifts from the wise men were like the adoration Solomon received from the queen of Sheba and other kings (1 Kings 10). Even Solomon’s peaceful reign as king and his wise teachings are rough parallels of Jesus. 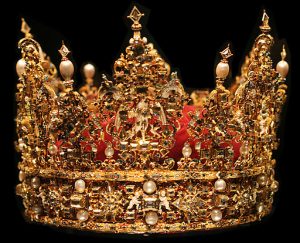 The messianic promise to David makes another declaration, that the Son of David would build a house for the Lord. Building the Temple was the high point of Solomon’s reign. For Jesus as well, this will be one of the most important pictures of what his mission on earth accomplished.

What is a “House” for the Lord?

Many Hebrew words have a wide range of meanings, and it is helpful to understand that the word for house, beit, can mean a house, a temple, a family or a lineage, among other things. In fact, in the prophecy to David, God was making a wordplay using two different meanings of the the word beit.

Another thing to note is that God had first commanded his people to build a “house” back when Moses built the tabernacle so that he could be near them. God said, “Then have them make a sanctuary for me, and I will dwell among them” (Exodus 25:8).

The goal of God’s sanctuary was for him to be intimately with his people. God comes to be physically present among his people when the Spirit came to indwell the sanctuary of the tabernacle of Moses, and in the temple of Solomon.

Jesus and His Temple

Often in Jesus’s ministry he talks about the Temple. He makes the key statement that “I will destroy this temple (house) made with hands, and in three days I will build another made without hands” (Mark 14:58). In the gospel of John, it says that he was referring to his body, in terms of being raised to life in three days. 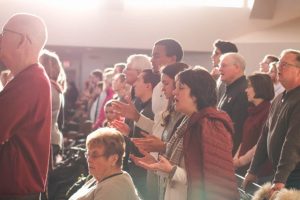 There is a bigger picture there as well. Through Jesus’ death and resurrection he was building a “house” for God of a different type. He was bringing together a “house” of a family of believers who would become that place where God’s Spirit dwells.

At Pentecost (Shavuot), the Spirit dwelt in the hearts of the believers. The people of the early church would have thought back to the other scenes of the Spirit entering the Temple to dwell there. They realized that instead of dwelling in a house made by human hands, the Spirit of God had moved into a new Temple, the body of believers, with Jesus as the cornerstone. This picture is found throughout the New Testament:

Don’t you know that you yourselves are God’s temple and that God’s Spirit lives in you? If anyone destroys God’s temple, God will destroy him; for God’s temple is sacred, and you are that temple. (1 Cor. 3:16-17)

Or do you not know that your body is a temple of the Holy Spirit who is in you, whom you have from God, and that you are not your own? (1 Cor. 6:19)

What agreement is there between the temple of God and idols? For we are the temple of the living God. As God has said: “I will live with them and walk among them, and I will be their God, and they will be my people.” (2 Cor 6:16)

Consequently, you are no longer foreigners and aliens, but fellow citizens with God’s people and members of God’s household, built on the foundation of the apostles and prophets, with Christ Jesus himself as the chief cornerstone. In him the whole building is joined together and rises to become a holy temple in the Lord. And in him you too are being built together to become a dwelling in which God lives by his Spirit. (Eph. 2:19-22)

And coming to Him as to a living stone which has been rejected by men, but is choice and precious in the sight of God, you also, as living stones, are being built up as a spiritual house for a holy priesthood, to offer up spiritual sacrifices acceptable to God through Jesus Christ. (1Pet. 2:4-5)

One thing to note: with only one exception (1 Cor. 6:19), the Temple of God’s people does not refer to us individually but of us collectively, as one body. While we all individually have God’s Spirit living in us, God’s picture is of dwelling with us as a body of people, not just individually in our hearts. We experience God’s presence best not when we are on a mountain alone, but with others who love God and each other.

Now we can see a progression of God’s plan to have intimacy with human beings, who forfeited their relationship with him through sin. First he chose the Israelites, let them use sacrifices for atonement, and dwelt among them in their tabernacle. Then, he had Solomon build the Temple, which was to be “a house of prayer for all nations” (Is 56:7). Finally, through the atoning work of Christ and the new covenant, God comes to dwell in our hearts as his Temple, to achieve his greatest goal of living intimately with his people.

To explore this topic more, see p. 69 in chapter 4, “Painting in Hebrew” in Reading the Bible with Rabbi Jesus, Baker Publishing, 2018. 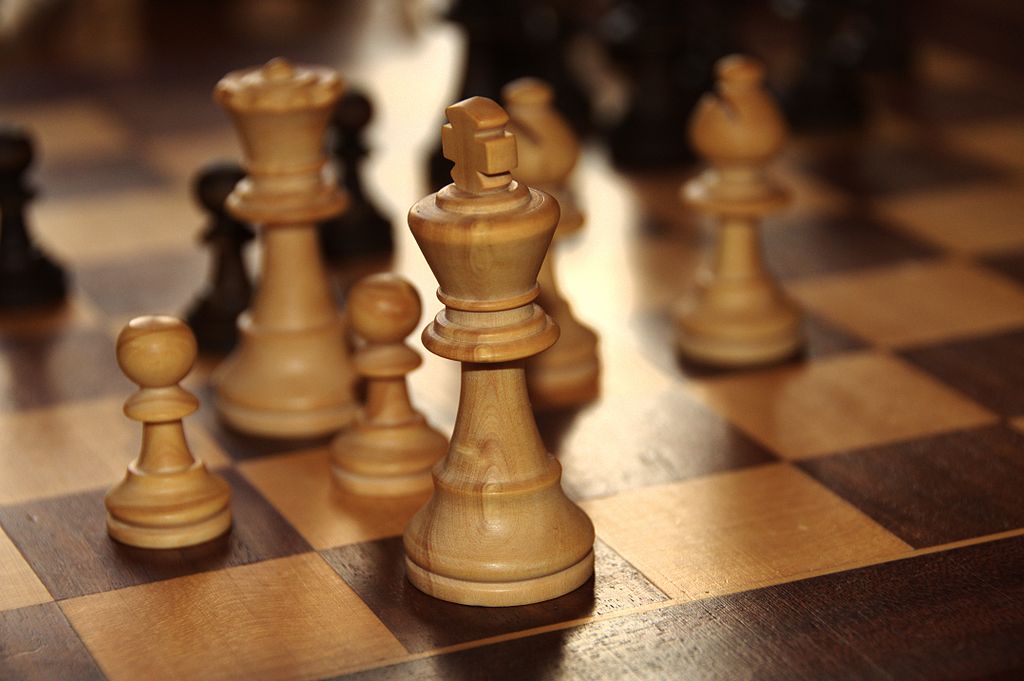 But I say to you, love your enemies and pray for those who persecute you, so that you may be sons of your Father who is in heaven; for He causes His sun to rise on the evil and the good, and sends rain on the righteous and the unrighteous. – Matthew 5:44-45

The word for son in Hebrew, ben, is used for a wide variety of purposes in the Bible, and it carries some assumptions and cultural understandings. Along with its literal use to mean the son of a father or mother, it is commonly used for later descendants as well. Often this helps us understand that in genealogies, generations can be left out and only significant ancestors reported. This isn’t because of error, it is because it was acceptable to speak of a descendant as a “son.”

An assumption behind the word “son” is that descendants share the characteristics of their forefathers. Usually, the children took on their family’s profession and worshipped the family’s gods. They assumed that children would take on their father’s personality — if your father was wise, you would be wise, if he was warlike, you were warlike. For instance, Ishmael was a “wild donkey of a man” and it was assumed that his descendants, the Ishmaelites, will be like that too. Or, when Jesus is described as the “Son of David,” it tells that he is a descendant in the line of David, and like David he is a powerful king. So, to explain who was part of each family is very important to understanding the society. This is why there are so many stories in Genesis about the ancestors of tribes of Israel and other nations.

Another use of the word son is to describe a disciple. The rabbi-disciple relationship was understood to be like that between a father and a son, and indeed, the disciple was supposed to have as much love for his rabbi as for his own father. Just like son emulated his fathers ways, a disciple was to emulate his rabbi’s ways and become like him in character.

We can see now how Jesus uses the term “son” in today’s Bible passage. Just as a son wants to grow up to be like his father, we should aim to be like our Father in heaven. Because he is loving toward people who hate him, and merciful to those who don’t deserve it, we should be so too.