It was while she was being brought out that she sent to her father-in-law, saying, “I am with child by the man to whom these things belong.” …Judah recognized them, and said, “She is more righteous than I, inasmuch as I did not give her to my son Shelah. – Genesis 38:25-26 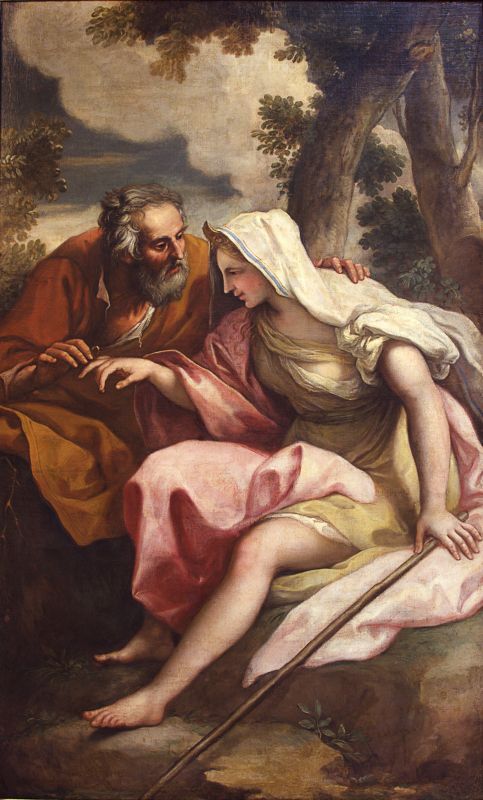 One of the most difficult stories in the Bible is that of Tamar and Judah in Genesis 38. It shocks our modern ears to hear about a woman pretending to be a prostitute and sleeping with her father-in-law, and when she was found pregnant with Judah as the father, she was vindicated as righteous. What in the world is going on here? This story shows that it is critical to understand the culture to get the Bible’s message.

A common law in many ancient cultures was the law of “levirate marriage.” If a woman married and her husband died before having a son, the husband’s family was obligated to give her another husband to have a son as an heir, because to die without one was a terrible curse. To keep the heir in the family, one of the man’s brothers usually was chosen, but even the father-in-law could fill the role according to some ancient documents.

So when Tamar’s husband Er, Judah’s firstborn son died, the family was obligated to help her have a child. The younger son, Onan, deliberately avoided getting her pregnant because the son would inherit Er’s estate, but if she died childless, Onan would get it. His greed infuriated God and he died an early death.

Judah also avoided giving Tamar his other son as a husband, possibly thinking that Tamar was “unlucky” after his first two sons died. By ignoring his obligation to her, he was committing a great sin against her by forcing her into childless widowhood, because she couldn’t marry anyone else. He also was endangering his own tribe, because if his last son died without an heir, they would be wiped out.

Tamar was in a terrible situation, and in the moral understanding of the ancient writer, she found an honorable solution to her desperate need. When she tricked Judah into fathering a child with her, she was choosing not to abandon the family of Judah, but to force Judah himself be her levirate husband, which would have been acceptable in that time. If Tamar had given up instead and Judah’s clan didn’t have an heir, the messianic line would have ended. But because of Tamar’s chutzpah, she entered the line that would lead to the birth of the Messiah. She was considered a heroine for her daring ploy that answered her need as well as the tribe of Judah’s.

As we read, we need to remember to respect the morals of the time and have patience that God is still teaching people how to obey him. It was still hundreds of years before the Torah was given, and thousands of years before Christ. We can admire Tamar’s perseverance in a moral world very different than our own.