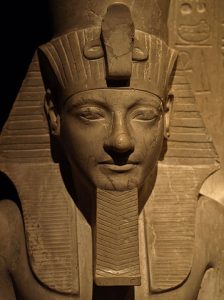 Many of us struggle with the fact that God said that he would harden Pharaoh’s heart, so that God could bring all ten plagues on Egypt before he finally would free the Israelites. It seems like Pharaoh might be innocent pawn which God callously manipulates.