Count yourself dead to sin but alive to God in Christ Jesus. Therefore do not let sin reign in your mortal body so that you obey its evil desires. Do not offer the parts of your body to sin, as instruments of wickedness, but rather offer yourselves to God, as those who have been brought from death to life. (Romans 6:11-13) 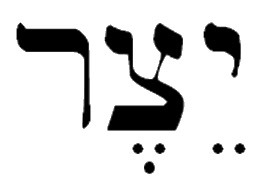 In Jewish thought, there has been a tradition that humans are ruled by two inclinations — the yetzer hara (YET-ser ha-RAH – evil inclination) and the yetzer hatov (YET-ser ha-TOVE – good inclination). Another way this was said was that man either obeyed his yetzer (inclination – his own will) or his yotzer (Creator – God).

This last statement means that in death humans are freed from serving their sinful inclinations, so that in the next life, they will be servants only of God.

This is fascinating because it seems to be the background of Paul’s words to the Romans. He speaks about being slaves to sin in our former lives, but when we were baptized in Christ, we were united with him in his death. He understands that just as Jesus was resurrected and now was living his eternal life, so are we.

When we were baptized, God made us new creations and gave us eternal life, which began right then and will extend into the world to come. God has freed us from slavery to our yetzer hara so that we can serve only our yotzer, Creator, the Lord.

1Rabbi Shimeon ben Pazzai, from the 3rd century AD, as quoted by David Flusser in Judaism and the Origins of Christianity, Magnes Press 1988, pp. 169-170.