Behold, I am going to send you Elijah the prophet before the coming of the great and terrible day of the LORD. – Malachi 4:5

Many of the prophecies that describe the coming of the Messiah also describe a time of judgment by God. For instance, in Luke 1:17, the angel tells the father of John the Baptist that John “will go on before the Lord, in the spirit and power of Elijah, to turn the hearts of the fathers to their children.” The angel was quoting a prophecy from Malachi which says, 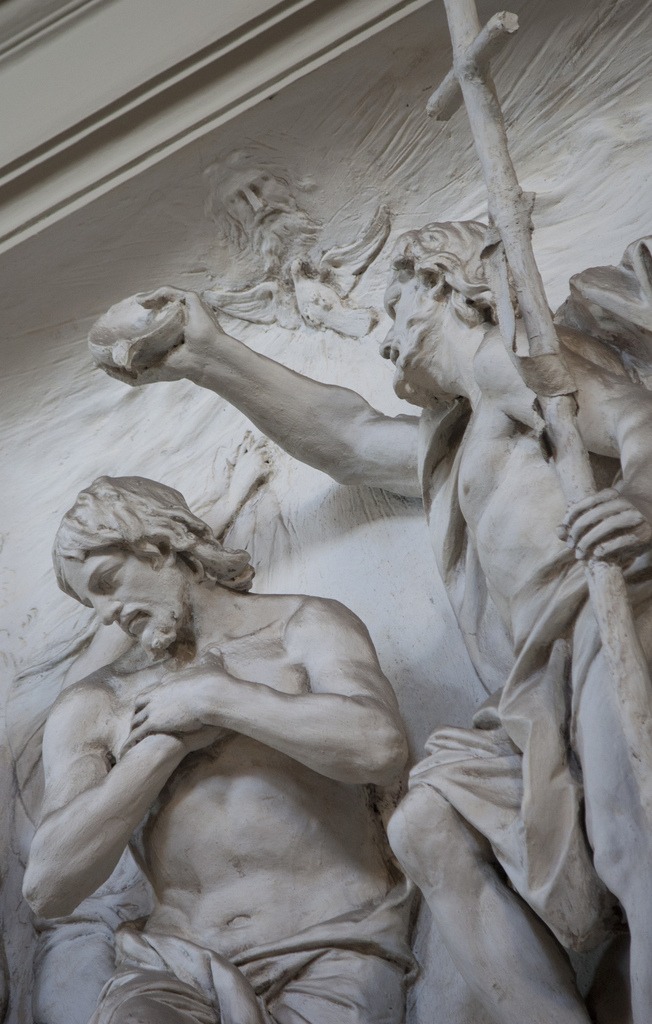 The Malachi passage appears to describe the “great and terrible day of the Lord” as coming right at the time of Elijah. John the Baptist knew Scriptures well, and in his ministry we hear him preaching that judgment is right around the corner, in accordance with his Scriptures.

See, I will send my messenger, who will prepare the way before me. Then suddenly the Lord you are seeking will come to his temple; the messenger of the covenant, whom you desire, will come,” says the LORD Almighty. But who can endure the day of his coming? Who can stand when he appears? For he will be like a refiner’s fire or a launderer’s soap… So I will come near to you for judgment. (Malachi 3:1-2, 4-5)

John’s question for Jesus came from the fact that Jesus wasn’t fulfilling prophecy as he expected. It appears he was thinking that Jesus would be a mighty warrior who would destroy the wicked, including those who had imprisoned him. Jesus replies by quoting other prophecies about the Messiah, that “the blind receive sight, the lame walk, those who have leprosy are cured, the deaf hear, the dead are raised, and the good news is preached to the poor” (Luke 7:22-23). John probably still believed that Jesus was the Messiah, but he was asking the question to show how perplexed he was at how Jesus fulfilled prophecy.

Often Christians say that Jesus’ people rejected him as Messiah because they just wanted a political leader, not a spiritual leader. It is more likely that many rejected him because he did not fit their reading of prophecy. Even Jesus’ disciples were waiting for him to announce when he would begin the war and they would take their thrones to reign in power. God surprised everyone, even the most faithful, in the coming of Jesus.

It should humble us to realize that he does not use our logic to fulfill prophecy, and should make us very careful to say we have definitive knowledge about the future from Bible prophecy. Jesus said of his second coming, “of that day or hour no one knows, not even the angels in heaven, nor the Son, but the Father alone.” (Mark 13:32).