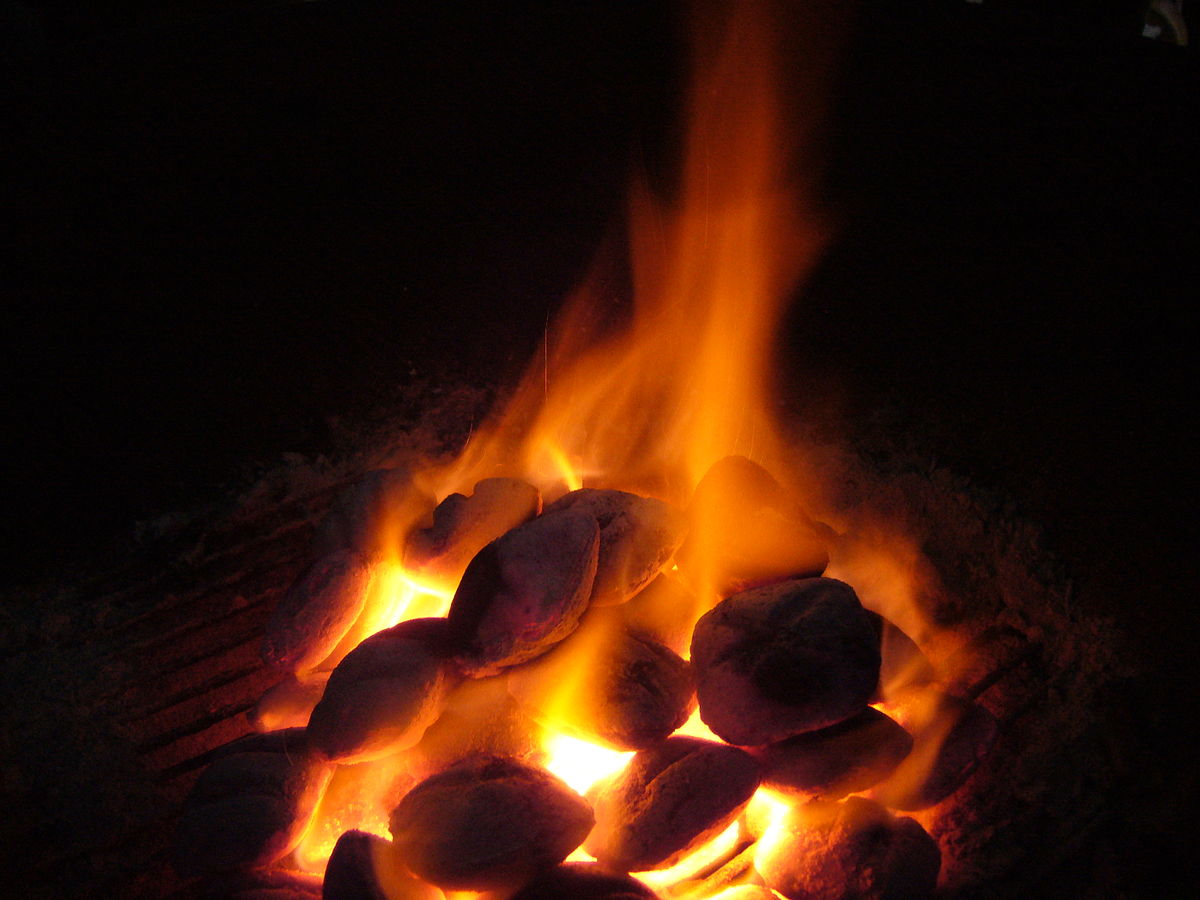 That saying is in the middle of several proverbs that use physical images to describe emotional reactions. Right before it is the passage, “Like one who takes away a garment on a cold day, or one that pours vinegar on a wound, is one who sings songs to a heavy heart” (Proverbs 25:20, RSV). The physical picture of discomfort illustrates that trying to make a person in mourning happy just distresses them more. Likewise, the passage about coals is about the emotional discomfort an enemy will feel when you waken his conscience about his conduct toward you. According to the Jewish Encyclopedia (1) :

The word “coal” is often used in a metaphorical sense: 2 Samuel 14: 7 speaks of the “quenching of the coal” of a man, meaning the complete annihilation of his issue; while in Proverbs 25:22 kindness bestowed upon an enemy is called “heaping coals of fire upon his head,” since it tends to waken his deadened conscience and help him to realize his wrong. Ecclus. (Sirach) viii. 10 compares the smoldering and easily roused passion of the godless man to the coal that is easily lighted and breaks forth into flame.