And He also told this parable to some people who trusted in themselves that they were righteous, and viewed others with contempt: “Two men went up into the temple to pray, one a Pharisee and the other a tax collector. “The Pharisee stood and was praying this to himself: `God, I thank You that I am not like other people: swindlers, unjust, adulterers, or even like this tax collector. `I fast twice a week; I pay tithes of all that I get.’ ” Luke 18:9-12

It would be surprising if any of us reading this article would admire a prayer such as this. Yet one does not have to go far, perhaps only inside our own hearts, to find someone trying to justify himself through comparison to others. To do so, is to forget that the God to whom we pray already knows all about our accomplishments —and all our sins. 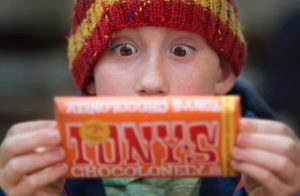 Picture an example in which a boy has stolen some candy from a store. The proprietor has reported the theft to the parents, but has left the discipline up to them. Then the child goes to confess his sin unaware that his parents already know exactly what he did. How forgiving will the parents be if their son makes excuses, or blames someone else, or lies about what was taken? Will anything less than a complete, truthful confession do any good? Likely not.

Some of you will remember that in our Water From the Rock article entitled “Da’at Elohim – Knowledge of God,” Lois wrote that the Hebrew word used for knowledge is “yadah” which means to know intimately.1 Several places in the Hebrew scriptures, in different contexts, this same word is used for “confession.” So one gets the sense that this is an intimate, personal knowledge of one’s own sin, perhaps a private act known only to ourselves in some cases. How can we rightfully petition Our Lord and expect Him to act justly if we are not honest with Him?

We can learn from the practice of observant Jews who recite the Sh’ma in the morning upon rising, and in the evening before retiring to affirm their commitment to God. Prior to the evening recitation, they will also say the following:

Blessed are You, Oh Lord our God, King of the Universe, I hereby forgive anyone who angered or antagonized me or who sinned against me – whether against my body, my property, my honor, or against anything of mine; whether he did so accidentally, willfully, carelessly, or purposely; whether through speech, deed, thought or notion … May no man be punished because of me. May it be Your will, my God and the God of my forefathers, that I may sin no more. Whatever sins I have done before You, may You blot out in your abundant mercies …. May the expressions of my mouth and thoughts of my heart find favor before You, my Rock and My Redeemer. (Ps 19:4)2

So in the words of James,” … confess your sins to one another, and pray for one another so that you may be healed” (5:16). Finally, listen carefully to our Lord’s opinion of these prayers and apply it:

But the tax collector, standing some distance away, unwilling even to lift up his eyes to heaven, but rather was beating his breast, saying, `God, be merciful to me, the sinner!’

Photo by Pete Wright on Unsplash