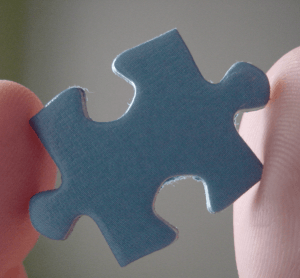 The sayings of Jesus can sometimes be a puzzle to us. Much of our difficulty comes from not seeing the nuances of their Jewish style and context. This loss of understanding has come from the church’s movement away from its Jewish beginnings.

Jesus used many rabbinic teaching methods to deliver his powerful message. Let’s take a look at a few of them:

Even though Jesus was a master at using parables for his purposes, he didn’t invent them. Over a thousand parables are on record. Most of them postdate Jesus’ ministry but a few come before.

A parable was a way to explain a theological truth in terms of physical images and stories. Just as the Hebrew language uses concrete pictures to express abstractions (God’s “outstretched arm” meant God’s power, to be “stiff-necked” meant to be stubborn, etc), the parable explained truth in terms of everyday experiences. The logic was that we can understand things we don’t see by comparing them to things that we can see and know about.

Typically, a rabbi told a parable to make one major point, often as an illustration of a larger teaching. Many times two parables were told that made the same point in order to strengthen the overall conclusion, because could be proved by the “testimony of two witnesses.” Jesus often told parables in pairs, as when he tells the parable of the leaven and the mustard seed – both describing something that starts out invisible but then grows huge. By reading the two parables together and seeing the parallels, we grasp the common conclusion more clearly.1

Certain elements were common in many parables, and they usually were drawn from the Scriptures. A king was often the subject of the parable, and the king was almost always symbolic of God (from 1 Sam 8:7). Jesus told several parables about kings, all making a point about the nature of God.

Another motif that was used for God is the shepherd. One rabbinic parable says,

We hear the similarity between this parable and Jesus’ story about the shepherd leaving the ninety-nine sheep to look for the one lost sheep. Interestingly, even other rabbis had the understanding that God has mercy on the lost, and pursues them to bring them back to himself.

Both parables use the shepherd image because in several places in the Old Testament, God is described as a shepherd looking for his sheep (Ezekiel 34, Jer. 23). The Messiah is also called the “shepherd” too – linking God to the Messiah. When Jesus speaks of himself as “the good shepherd” (John 10), all of these images would have come to mind.

Another teaching method that Jesus used was called “kal v’homer,” meaning “light and heavy.” The idea was to communicate a larger truth by comparing it to a similar, but smaller situation. Often the phrase “how much more” would be part of the saying. Jesus used this when he taught about worry:

“Consider how the lilies grow. They do not labor or spin. Yet I tell you, not even Solomon in all his splendor was dressed like one of these. If that is how God clothes the grass of the field, which is here today, and tomorrow is thrown into the fire, how much more will He clothe you, O you of little faith! (Luke 12:27-28) 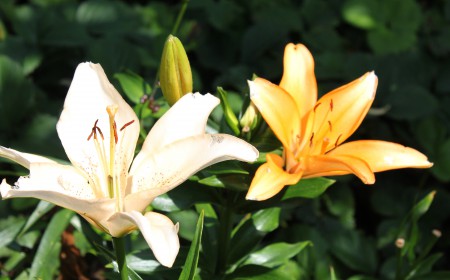 Jesus also uses this method when he says, “If you who are evil know how to give good gifts to you children, how much more will your Father in heaven give what is good to those who ask him!” (Matt 7:11) In both cases, Jesus was teaching theology in non-theological terminology.

Rabbis often used this logic even if they didn’t use the very words “how much more.” An interesting example is from Rabbi Gamaliel, the same rabbi mentioned in Acts 5:34. One time at a banquet, Gamaliel got up and humbly served his disciples, going against the tradition that they should serve him. When they protested and asked why, he said,

Understanding his teaching is dependent on our grasping the “kal v’homer”. Abraham was the most revered of all of their ancestors, but Gamaliel points out that he acted as a humble servant by serving a meal to God and two angels in Genesis 18. Then he points out that God himself serves us and even the animals when he gives us food. God himself is a model of serving others rather than wanting to be served. Certainly, if one as great as God serves his lowly creation, how much more should we serve each other!

Some of the sayings of Jesus are so strong that we wonder if Jesus really wants us to take them literally. Should we really pluck out our eye if it causes us to sin? Is it really better to be drowned with a millstone than to lead a little one astray? Is it really harder for a camel to go through a needle’s eye than a rich man to enter the kingdom of God? Jesus’ overstatements make us uncomfortable when we aren’t sure how we should take them.

One thing that we should keep in mind is that Jesus’ contemporaries often exaggerated, and gave commands that went far beyond expectations, in order to underline the importance of what they taught. For instance,

The point of this teaching is to emphasize that people should try to always include discussion of the scriptures when they eat together. Likening a meal without Bible study to worshipping in an idolatrous temple is a strong overstatement that is intended for emphasis. Or, here is another example:

Let no one stand for prayer without bowing his head…
Even if the king greets you, do not answer him.
And even if a snake is coiled at your heel, do not break it off.5

Once again the importance of concentration in prayer is taught by exaggeration—by saying that even in the most extreme circumstances, you should have single-minded attention on God. People took these teachings seriously, but knew they were overstatements for effect. 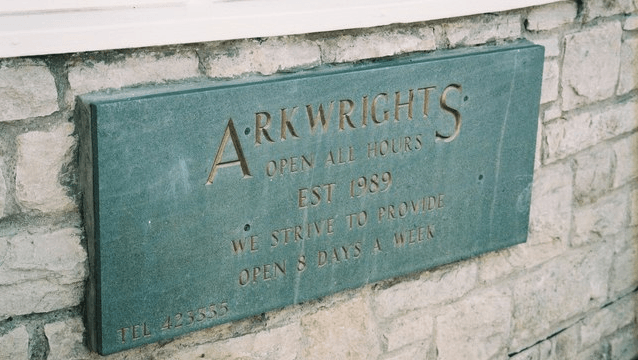 Knowing this aspect of Jesus’ culture should give us some sense of how Jesus’ words were heard by his audience when he said things like, “I tell you the truth, if you have faith and do not doubt…you can say to this mountain, “Go, throw yourself into the sea,” and it will be done.” (Matt 21:21). He sounded like many other rabbis who said extreme things to reinforce the importance of their teaching. We must be careful never to minimize Jesus’ high calling away as exaggeration. But at the same time, we grow in our ability to interpret his words when we know how they would have been heard in his time.

Alluding to the Scriptures

It may surprise many that Jesus’ teachings are peppered with “hints” to his scriptures. He often used unique phrases or even single words to allude to passages in the Old Testament. He could do this because he lived in a biblically literate culture, where people knew much of the Old Testament scriptures by memory. By knowing his reference, people recognize the context and heard more complex ideas of the Scriptures behind his words. He wasn’t hiding secret messages—he expected people to catch his allusions. In medieval times the Jews referred to this technique of hinting as “remez,” but the practice actually predated Jesus.

One example of this is when at the cleansing of the temple, Jesus said, “My house is to be a house of prayer, but you have made it a den of thieves!” (Matt 21:13) He was quoting Isaiah 56:6 and Jeremiah 7:11, which contrast God’s greatest vision for the temple (All the nations of the world worshiping there) with the worst possible abuse of it (being used as a refuge for thieves and murderers, which led to its destruction). He was not just protesting the selling of doves – he was speaking about the corrupt leadership that was getting rich from temple sacrifices, and hinting about the Temple’s destruction.6

We actually use the same practice of allusion today. When a headline reads, “War in Iraq May Be Another Vietnam,” it assumes that everyone knows the history of the Vietnam War. Without saying anything but the word “Vietnam,” people immediately know the reference, and have an emotional reaction to that difficult time in US history.

Or, when we refer to a government scandal as “Travel-gate” or “File-gate,” we are subtly alluding to the Watergate scandal. Just by adding the half-word “gate,” we hint that the issue is a major White House scandal that will cast a shadow over the presidency. Just as we expect people to be literate in history, Jesus expected his listeners to be literate with God’s word.

Another example of this practice in the gospels is the conversation Jesus had with John’s disciples about whether he was the “one who was to come,” in Matt. 11: 2–6:

“When John heard in prison what Christ was doing, he sent his disciples to ask him, “Are you the one who was to come, or should we expect someone else?” Jesus replied, “Go back and report to John what you hear and see: The blind receive sight, the lame walk, those who have leprosy are cured, the deaf hear, the dead are raised, and the good news is preached to the poor. Blessed is the man who does not fall away on account of me.”

Both John’s question and Jesus’ answer are filled with allusions to the scriptures. John was speaking of the “coming one” of Malachi 3:2, and Jesus’ answer was from Isaiah 35:4-6 and 61:1 that speak about the coming of the messiah.8 Recognizing that all those things Jesus mentioned were fulfillment of Scripture underlined that he was the fulfillment of all of those prophecies.

Knowing more about Jesus’ context should both clarify our reading and challenge us to take another look at Jesus’ words in light of his scriptures and Jewish culture. Jesus used methods of teaching that are somewhat foreign to us, so it is easy to assume that his style was foreign to his first listeners too. But we see instead that God was preparing a culture for his own coming, giving them a love for the scriptures and powerful techniques to teach the truth about himself. Jesus used these methods to proclaim truth in an uncommonly brilliant way—certainly he was a master teacher!

3 Mekhilta Amalek 3. It’s interesting to hear the close ties between Jesus’ foot washing and Gamaliel’s serving at the banquet. His ministry was during the time of Jesus and afterward, and Paul studied with him. Even though he was not a follower of Jesus, he defended the disciples (Acts 5:33-39) and may have been influenced by Jesus’ teaching.

4 Mishnah, Pirke Avot 3.2-3. The Mishnah was the Jewish commentary on the Torah that was in effect from a few hundred years before Christ until it was written down in 200 AD. Much of it was observed at the time of Jesus.

6 See “New Light on Jesus’ Last Week” for a list of allusions that Jesus makes during his last week that all hint toward punishment on the corrupt temple leadership and destruction of the temple. Also, see the article “Remember Shiloh” by J. Frankovic at jerusalemperspective.com. (Premium content membership needed.)

7 See “Jesus’ Habit of Hinting” and “Hearing Jesus’ Hidden Messages” for more examples of this technique of alluding to scripture.