What did Jesus mean when he said that he “came not to abolish the Law but to fulfill it”? (Matthew 5:17)

Pastor Andy Stanley recently published an article in Christianity Today called “Jesus Ended the Old Covenant Once and for All” which is based on the idea that to “fulfill the Law” means “to bring it to an end.”1 An honest reader can’t avoid noticing that this interpretation seems strained. In just the next few verses, we find Jesus saying quite forcefully the very opposite. What is going on here?

The key is that the phrase “fulfill the Law” is a rabbinic idiom. It is found several other places in the New Testament and in Jewish sayings too. Hearing it in context will shed light on its true meaning. 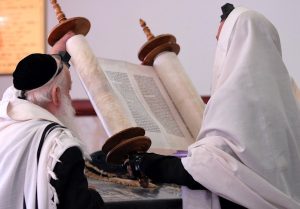 To Fulfill the Torah

The translation of “to fulfill” is lekayem in Hebrew (le-KAI-yem), which means to uphold or establish, as well as to fulfill, complete or accomplish. David Bivin has pointed out that the phrase “fulfill the Law” is often used as an idiom to mean to properly interpret the Torah so that people can obey it as God really intends.2

The word “abolish” was likely either levatel, to nullify, or la’akor, to uproot, which meant to undermine the Torah by misinterpreting it. For example, the law against adultery could be interpreted as only about cheating on one’s spouse, but not about pornography. When Jesus declared that lust also was a violation of the commandment, he was clarifying the true intent of that law, so in rabbinic parlance he was “fulfilling the Law.”

Imagine a pastor preaching that cheating on your taxes is fine, as long as you give the money to the church. He would be “abolishing the Law” – causing people to not live as God wants them to live.

Here are a couple examples of this usage from around Jesus’ time:

If the Sanhedrin gives a decision to abolish (uproot, la’akor) a law, by saying for instance, that the Torah does not include the laws of Sabbath or idolatry, the members of the court are free from a sin offering if they obey them; but if the Sanhedrin abolishes (la’akor) only one part of a law but fulfills (lekayem) the other part, they are liable.3

Go away to a place of study of the Torah, and do not suppose that it will come to you. For your fellow disciples will fulfill it (lekayem) in your hand. And on your own understanding do not rely.4 (Here “fulfill” means to explain and interpret the Scripture.)

Fulfilling the Law as Obedience

The phrase “fulfill the Law” has another sense, which is to carry out a law – to actually do what it says. In Jewish sayings from near Jesus’ time, we see many examples of this second usage as well, including the following:

If this is how you act, you have never in your whole life fulfilled the requirement of dwelling in a sukkah!5 (One rabbi is criticizing another’s interpretation of the Torah, which caused him not to do what it really intends.)

Whoever fulfills the Torah when poor will in the end fulfill it in wealth. And whoever treats the Torah as nothing when he is wealthy in the end will treat it as nothing in poverty.6 (Here it means “to obey” – definitely the opposite of “fulfill in order to do away with.”)

These two meanings of “fulfill” shed light on Jesus’ words on in Matthew 5:19:

With this in mind, you can see that Matthew 5:19 parallels and expands on Jesus’ words about fulfilling and abolishing the Torah in Matthew 5:17. By understanding this idiom we see that Jesus was emphatically stating that his intention was to explain God’s Word and live it out perfectly, not to undermine or destroy it.

Why was Jesus emphasizing this point? Most likely because the Jewish religious leaders had accused him of undermining the Torah in his preaching. Jesus was responding that he was not misinterpreting God’s law, but bringing it to its best understanding.

Furthermore, if any of his disciples twisted or misinterpreted its least command, they would be considered “least” in his kingdom. Jesus’s entire ministry as a rabbi was devoted to getting to the heart of God’s Torah through what he said and how he lived.

Notice that on at least one occasion, Jesus leveled this same charge against the Pharisees. He accused them of nullifying the law to honor one’s mother and father by saying that possessions declared corban (dedicated to God) could not be released to support one’s elderly parents (Mark 7:11–12).

Certainly Jesus fulfilled the law by obeying it perfectly. But as a rabbi, he also “fulfilled” it by clarifying its meaning and enlightening people about how God truly wanted them to live.

Read Part 2, What Paul said about “Fulfilling the Law.”

1 Andy Stanley elaborates on this interpretation in his new book Irresistible: Reclaiming the New that Jesus Unleashed for the World. (Harper Collins, 2018) His idea is that Christians need to distance themselves from the Old Testament because Jesus came to bring Judaism to an end. (Yes, he really said this.) He tries to soft-pedal this idea by saying that his true purpose is to make the Bible more inviting to seekers. But he uses classic Marcionistic and supercessionistic arguments to make his point, and ignores everything written by New Testament scholars in the past 50 years. This was a truly awful book that was painful to read.
For an alternative perspective on Jesus and the Law, see the chapters 11 and 12 of Sitting at the Feet of Rabbi Jesus (Zondervan, 2019), pp 154-191. The rabbinic idiom “fulfilling the Law” is discussed on p 176-77.

2 See the chapter “Jesus’ Technical Terms about the Law” (pp. 93-102) in New Light on the Difficult Words of Jesus: Insights from His Jewish Context, by David Bivin (En-Gedi Resource Center, 2007).

3 Mishnah, Horayot 1:3. The Mishnah is a compendium of Jewish law that contains sayings from 200 BC to 200 AD. This saying was very early, from before 70 AD.