When Christians begin to learn more about Jesus’ Jewishness, it comes as a surprise that many of his teachings have parallels in those of other rabbis of his time. For instance, his command to forgive others so that one’s sins will be forgiven (Mt 18:21-35) is found in earlier Jewish writings.1 Even when Jesus disagreed with others, he was not casting aside all of Judaism, but was usually affirming one rabbinic position over another in an area of debate. For example, when asked about divorce, he disagreed with the teachings Hillel, but agreed with those of Shammai.2 Rather than being entirely at odds with his countrymen, his ministry built on the teachings of his day and brought them to a new level.

Learning that Jesus was not the first person to teach some ideas seems to undermine his uniqueness. What about his teaching drew such enormous numbers of passionate followers? What about Jesus’ teachings was unique?

According to one scholar, there was one major theme of Jesus’ ministry that went beyond anything any other rabbi taught and was entirely unique to him.3 Not only was it radical, it also was central to his lifestyle, his teaching about the Kingdom of God, and his mission as the Messiah. It is the following:

You have heard that it was said, “Love your neighbor and hate your enemy.” But I tell you: Love your enemies and pray for those who persecute you, that you may be sons of your Father in heaven. He causes his sun to rise on the evil and the good, and sends rain on the righteous and the unrighteous. (Mt 5:43-45) 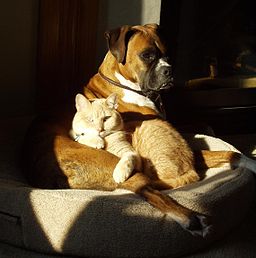 This is probably the most difficult command Jesus ever gave, and even for us today it might seem impossible.4 But understanding them in their context is critical for grasping the implications of Jesus’ ministry and our calling as members of his Kingdom.

“Hate Your Enemy” in the First Century

Scholars used to wonder who Jesus was quoting as saying, “Love your neighbor and hate your enemy.” It is not in the Scriptures, and the rabbis of Jesus’ time did not teach this. The Dead Sea Scrolls finally gave an answer by revealing that one group of Jesus’ contemporaries, the Essenes, took an oath twice each day to “to hate forever the unjust and to fight together with the just.” They referred to themselves as the “Sons of Light” who shared an “eternal but concealed hatred of the men of the Pit,” as they awaited the Day of Vengeance — the great war when they would destroy the “Sons of Darkness.”5

Like others of the time, their understanding from the Scriptures was that God would establish his Kingdom on earth by destroying his enemies. To them it was a good thing to hate their enemies, who were the enemies of God. God’s “enemies” were not just the national enemies of Israel, but all sinners. Many passages in the Old Testament equate sinfulness with being God’s enemies, like “For surely your enemies, O LORD, surely your enemies will perish; all evildoers will be scattered.” Psa. 92:9. Obviously they felt that if they should hate God’s enemies, the sinners of the world, they were among the righteous themselves.

In contrast, among the rabbis there were some who, like Jesus, pointed out that God shows mercy toward sinners. It was said, “The day of rain is greater than the resurrection of the dead, because the resurrection of the dead benefits only the righteous, but rain benefits both the righteous and the unrighteous.”6 Like Jesus, they pointed out that God cares for even those who hate him by providing for their needs. Someday judgment would come to everyone, but before then, God shows his kindness to everyone in the world. Jesus went beyond this, however, to challenge his listeners to share God’s unlimited love to even their worst enemies.

The Son of Man – Judge of God’s Enemies 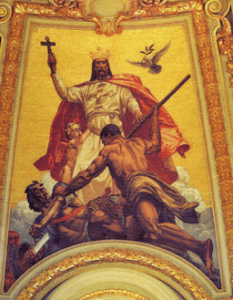 Jesus’ understanding of God’s mercy toward his enemies was central to his teaching about the Kingdom, and part of his radical challenge to the common belief about the Messiah. Most believed that the Messiah would be a warrior king who would liberate God’s people from his enemies.7 In ancient times, kings acted as the supreme judge of their land, and the Messianic King would do so as well. He would be the judge that would bring the Kingdom of God to earth by destroying the evil of the world.

One of the titles of the Messiah that was most strongly linked to the role of judge was the “Son of Man,” because in Daniel 7, it speaks of the Messiah being led into the heavenly courtroom where the book of judgment was open, and being given authority by God to reign over and judge humanity:

The court was seated, and the books were opened…

In my vision at night I looked, and there before me was one like a son of man, coming with the clouds of heaven. He approached the Ancient of Days and was led into his presence. He was given authority, glory and sovereign power; all peoples, nations and men of every language worshiped him. (Dan 7:10, 13-14)

Several New Testament passages speak about the Son of Man as judge, including, “[God] has given him authority to judge because he is the Son of Man” (Jn 5:27), and Rev. 14:14, in which the Son of Man carries a sickle for the final harvest of judgment. Often Jesus referred to himself as the “Son of Man,” and he also used the term to speak about the coming judgment: “For the Son of Man is going to come in his Father’s glory with his angels, and then he will reward each person according to what he has done” (Mt 16:27). However, he consistently spoke of this as in the future, and stressed that now was the time of God’s mercy.

Fascinatingly, Jesus uses the title, “Son of Man” to show his authority to forgive sins as well. When the paralyzed man was lowered into the room by his friends, Jesus said, “But, so that you may know that the Son of Man has authority on earth to forgive sins,” He said to the paralytic, “I say to you, get up, and pick up your stretcher and go home” (Lk 5:24). Jesus is the Messianic Judge with the capacity to forgive or condemn, and he used his power to forgive.

Another powerful example is in the story of Zacchaeus, the chief tax collector who repented of his corruption. Jesus said, “Today salvation has come to this house, because this man, too, is a son of Abraham. For the Son of Man came to seek and to save what was lost” (Luke 19:9-10). Jewish tax collectors were considered traitors because they had “sold out” to their Roman oppressors and profited from their own people’s misery. Zacchaeus was a chief tax collector who had become very rich at others’ expense, and certainly he was considered a great sinner and God’s “enemy.” But yet when he repented, Jesus used his authority as the Son of Man to proclaim salvation to him from his sins. Jesus, as the King and Judge, was expanding his Kingdom through mercy, as he forgave God’s enemies instead of condemning them.8

Expanding the Kingdom by Forgiving Enemies

The scandal of the Gospel was that everyone thought that the Messiah was going to establish God’s Kingdom by destroying God’s enemies, but Jesus was bringing God’s Kingdom by showing God’s love for his enemies instead. As their King, he personally would suffer for their sins and purchase their forgiveness. Paul says this very thing:

But God demonstrates His own love toward us, in that while we were yet sinners, Christ died for us…. For if while we were enemies we were reconciled to God through the death of His Son, much more, having been reconciled, we shall be saved by His life. (Rom 5:8, 10)

Once you were alienated from God and were enemies in your minds because of your evil behavior. But now he has reconciled you by Christ’s physical body through death to present you holy in his sight, without blemish and free from accusation. (Col 1:21-22)

For many in the early Jewish church, the most shocking and scandalous application of this truth was that God’s love extended even to Gentiles. Many laws were in place to keep Jews from being defiled by contact with “Gentile sinners” (Gal 2:15), who as a group were thought to be characterized by the three most terrible crimes in Jewish law: idolatry, sexual immorality and murder. With this dim view of the Gentiles as “enemies of God,” we can imagine the surprise when God poured out his Spirit on them! It took a special vision from God to convince Peter that he could even enter a Gentile home (Acts 10:28). Paul was a perfect apostle to them, as a former enemy to all God was doing through the early church. Such was God’s amazing love.

Being a Part of the Kingdom of Mercy

It is only when we see ourselves as God’s former enemies that we realize that our admittance into his Kingdom was because God’s love for his enemies extends even to us. Perhaps the reason that the Gospel was so difficult for many to accept was that Jesus’ listeners saw themselves as already “on God’s side,” as righteous victims of suffering at the hands of the Romans, and felt justified in wanting God to destroy them. They were happy to read about God’s coming judgment in the Scriptures. It was the prostitutes and tax collectors who could see themselves as “enemies” that wanted to take up this offer of forgiveness. Only when we see that we are saved by God’s amazing love do we realize our obligation to show the same kind of love to others as well.

1 Joshua Ben Sirach said in approximately 180 BC, “Forgive your neighbor’s injustice; then, when you pray, your own sins will be forgiven. Should a person nourish anger against another, and expect healing from the Lord? Should a person refuse mercy to a man like himself, yet seek pardon for his own sins? (Sirach 28:2-4) Jesus built on this teaching in a powerful way in the parable of the Good Samaritan — see the article, “Loving Your Neighbor, Who is Like You.”

2 See “‘And’ or ‘In Order to’ Remarry” by David Bivin, available at www.jerusalemperspective.com.*

3 From a lecture entitled, “Do this and Live: The Ethics of Jesus,” available as part of an audio seminar from En-Gedi called, “The Gospel of Jesus and John the Baptist,” by Dr. Steven Notley.

4 It sounds as if Jesus is advocating complete pacifism, which was most likely not true. See “Do Not Resist Evil: Jesus’ View of Pacifism” at www.jerusalemperspective.com.*

5 See the Manual of Discipline 9.21–23 and The Jewish War 2:139, by Josephus. Quotes are from “Us and Them: Loving Both,” available at www.jerusalemperspective.com.*

7 For more about the common misunderstanding of the Messiah and Jesus’ teachings to challenge it, see “Jesus’ Messianic Surprise: A Kingdom of Mercy,” and “The Kingdom of Heaven is Good News!”

8 See “Son of God, Son of Man” for a fascinating theory of why Jesus spoke of the “Son of Man” as both innocent victim and final judge.

* The three articles cited above by David Bivin are available in his book published by En-Gedi, New Light on the Difficult Words of Jesus: Insights from His Jewish Context.

2 thoughts on “Jesus’ Most Radical Teaching”