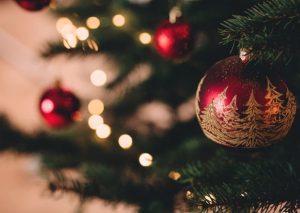 Many of us struggle with Christmas. It doesn’t really feel right to hunt for yet another expensive toy to give to already spoiled kids (or adults) on our list. Some have decided not to celebrate the holiday at all, because of the non-biblical traditions that are a part of it. Yet God redeemed us Gentiles from our pagan roots, and his gracious policy over the ages has been to transform rather than to cast aside.1 Instead of throwing out Christmas, perhaps we should ask how we can make our celebrations of the coming of our Messiah truly reflective of his love.

How can we bring more glory to Messiah Jesus at this time of year? Jesus’ Jewish culture asked a related question from the following verse:

From this line, rabbinic thinkers saw the words “I will exalt him,” and asked the question, “How can mere mortals hope to exalt God, the Creator of the entire universe?” In the same way we could ask, how can we bring more glory to someone as infinitely wonderful as God’s own son, the Christ?

Christians may be surprised that the word mitzvah, meaning “command” or “commandment,” is positive rather than negative in Jewish culture. The word is found in many verses, like the following: “Keep my commands (mitzvot, pl.) and follow them. I am the LORD” (Lev. 22:31).

We tend to assume it refers to burdensome regulations, but the usual Jewish usage of mitzvah is that it is an opportunity to do something good God told you to do. People say things like, “I had a chance to do a mitzvah today when the elderly woman asked for my help.” The word is always used in a positive way, suggesting that doing what God has asked is a joy and a spiritual opportunity, not a burden.2

The idea of hiddur mitzvah (beautifying the command) goes even beyond this — that if God tells us to do something, we shouldn’t just do the minimum, but to perform it in the best way possible, sparing no expense or trouble. When one poor Jewish man was asked why he spent $50 for a citron, a lemon-like fruit required for the Feast of Sukkot, he replied, “Why would we worship God with anything less than the very best?” Using our resources sacrificially to do God’s will is a way of showing great love for God.

We can also see Jesus describing this behavior of hiddur mitzvah, going far beyond the minimum, in his story about the Good Samaritan. The Samaritan man obeyed God’s command to love his neighbor by personally caring for the wounded traveler, carrying him to the inn on his own donkey, and investing a large sum of his own money to care for him. As a Samaritan in Israel he even risked his own life, because as an enemy of the Jews, he could have been accused of being the attacker (Luke 10:33-35). 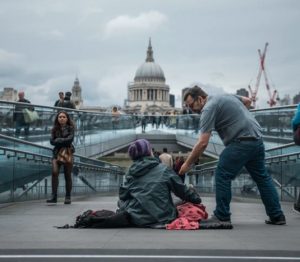 Christians from some traditions may worry about doing “works” — good things for others — thinking that it is a way of denying that we are saved by grace. It’s very important to remember that we are redeemed by faith in Christ, not because we’ve earned it. We can learn the correct attitude from Paul’s statement about works:

For it is by grace you have been saved, through faith – and this not from yourselves, it is the gift of God – not by works, so that no one can boast. For we are God’s workmanship, created in Christ Jesus to do good works, which God prepared in advance for us to do. (Eph. 2:8-10)

Paul says that salvation does not come from earning it through works, but it is a free gift from God through faith in the one he has sent. Surprisingly, though, the very next thing he says is that doing good works is the very purpose for which we were created! It is not that obeying God is the way we earn his love; rather it is that God, out of love, created us to serve him this way in the first place. Paul says something very similar to the rabbis:

For three things the world is sustained: For the study of scriptures (torah), for worshipping and serving God (avodah), and for deeds of lovingkindness (gemilut hesed).3

What this means is that for three great reasons God created humanity and allows the world to even keep existing: for humans to discover God’s great love through his Word; to worship him and want to serve him because of it; and then to show God’s love to those around us. Paul also says that we were created for this purpose, to bring God glory by doing loving acts that he even planned ahead of time. All of this comes back to the first question: how can humans increase God’s (and therefore Christ’s) glory? By glorifying God by reflecting his love.

One of the most beautiful concepts from Jesus’ culture is that of gemilut hesed (gem-i-LOOT HES-ed), acts of lovingkindness. In Jesus’ time, attention was given to giving money to the poor, and Jesus himself emphasized it.

As good as it was to give to the poor, gemilut hesed was considered even better. It is easy to hand a $10 bill to a poor man to give him money for a meal, but to invite him into your home and share a meal shows God’s love, and causes you to grow in love as well. Because of this, some Jews make a point to use some of their “giving dollars” to do gemilut hesed with their own hands.4 I know of a woman in Jerusalem who loved to read, so she invested in a library of books and then regularly found ways of loaning or even giving them to others. Certainly a Christian could do even more by buying and sharing good devotional books or Bible studies with others.

Considering how much money we spend on entertainment from movies, cable TV, etc, wouldn’t a wonderful Christian alternative be to “entertain” ourselves with gemilut hesed? To make a “hobby” out of a particular form of kindness to others? One Christian couple I know invested in a truck to use during snowstorms, to go up and down their country road pulling people out who had slid off the road. Another friend makes a habit of stopping to help or offer a cell phone to anyone stranded with road trouble. Yet another woman, who teaches classes on job hunting, enjoys helping friends find jobs if they need one or want one that suits them better. 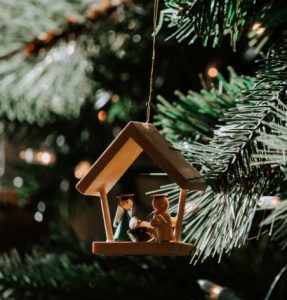 What about making a practice of being kind to waitresses and tipping them generously? Or inviting single or elderly people home for Sunday dinner after church? As well as, of course, to share your faith in Christ? All these kind acts have the effect of showing God’s love to others in small and great ways. They likely will have an even bigger impact on ourselves and our families, as we see God’s love transform our hearts in the process.

During Christmas time, we celebrate God’s loving act of gemilut chesed, of coming to dwell among his people on earth. He went far beyond the minimum to display his love by healing the sick, feeding the hungry, and showing mercy to the leper and outcast, and finally by dying to save his people from their sins. What better way to celebrate his coming than to spare no expense to obey his commands in the best possible way, in order to show his tremendous love to the world.

1 For some thoughts on what God might think about using pagan traditions like Christmas trees to worship him, see “Of Standing Stones and Christmas Trees.”

2 For an example of the positive Jewish attitude toward God’s commands (mitzvot), see “Mastering One Mitzvah,” from aish.com.

3 Verse 1:2 of Pirke Avot, (Sayings of the Fathers), a collection of rabbinic sayings written about 200 AD in the Mishnah. Many of these saying were attributed to rabbis who lived in Jesus’ time and even before, and many relate to things Jesus said as well. This saying is attributed to Simon the Righteous, who was said to live at the time of Ezra.

4 For many wonderful stories of the practice of Gemilut Hesed, see the outstanding book, The Book of Jewish Values, by Joseph Telushkin, (c) 2000, Bell Tower, New York