Learning more about the Bible and its Hebraic cultural setting is always helpful for understanding the text. Even more than that, some concepts can make an enormous difference in our relationship with God. In my own journey, one of the ideas that has changed me most is the Hebraic picture of God. 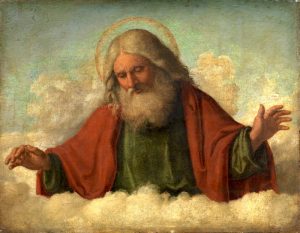 Because our Western cultural heritage has its roots in Greek philosophy, the Greek concept of God sometimes overshadows the biblical picture of God. The ancient Greeks’ dualistic worldview influenced their understanding of God, and still influences us today.

Dualism is the belief that physical reality is worthless and evil; goodness and perfection is found only in the spiritual world. The ancient Greeks believed that if the supreme god is perfect, this god must be beyond the heavens, uninvolved in the material world in any way. We inherit from them the idea that God is far away and uninterested in humanity, who may have created the universe but has no involvement in it now.

Sometimes we hear that idea from Christians, even though the Bible shows God was intimately involved in the life of Israel, walked on earth as Christ, and is still present now in the Holy Spirit. We also inherit from the Greeks the dualistic idea that our lives on earth are of no consequence, and we should only care about the life to come. In contrast, the Hebraic picture is that salvation is a redemption of our life here on earth that extends into eternity.1

In the second century AD, dualism gave rise to the heresy of Marcion. Marcion believed that Christians should reject the God of the Old Testament as an evil, violent, lesser God than Christ, who came to teach about the true supreme God. After all, the God of the Old Testament had created the corrupt material world, so must be evil too. Marcion wanted to remove the entire Old Testament from the canon, and much of the New Testament besides Luke and Paul. He considered the Old Testament to be inferior to the New, its Jewish God angry and unloving. Marcion focused only on teaching about Christ devoid of his Jewish context. Although the church denounced him as a heretic, the philosophy behind his ideas still influences our church culture today. 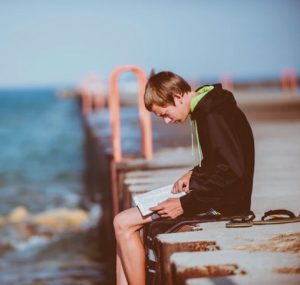 Personally, I used to embrace much of Marcion’s thinking, but that has changed as I’ve learned more about the Bible’s message in its Hebraic setting, and how the Jews understand God. Years ago, I would have agreed intellectually that God the Father is wise, loving and merciful; but the way I read the Bible, especially the Old Testament, betrayed the fact that in my heart I didn’t believe it.

Didn’t God choose a nation of complainers, burden them with meaningless regulations, and punish them harshly for their sins? This really had a negative effect on my desire to learn about God or grow closer to him. I knew that Christians were supposed to dedicate their lives to serving God, but was pretty unexcited about that idea. If I did, God would probably call me to some job I hated or make me abandon people I loved. Wasn’t that the kind of harsh thing he did to the Jews? Even though I believed that Jesus was God too, that did not placate my negative feelings toward his Father, and my love and trust in this God was minimal.

In some churches I still get a sense that they share this lack of love for their heavenly Father that I used to have. I suspect it when a church prays only to Jesus, or sing songs praising Christ exclusively. Or when people talk longingly about seeing Jesus in Heaven, but never mention our loving Father, the one that Jesus came to bring glory (John 17:4). I also suspect it when every sermon comes from the New Testament and ignores nearly 80% of the scriptures, the only part Jesus studied.

In some circles there is even a tendency to accuse God the Father of evil, even though it would be unthinkable with Jesus. When reading the story of Abraham being called to sacrifice Isaac, some will say, “I think God is a child abuser!”2 But when Jesus initially turned down the Gentile woman who asked him to heal her child (Mark 7:26), it’s assumed that his motives are good even if we don’t understand them.

Isn’t this a strange kind of schizophrenia that allows us to speak lovingly of Jesus and angrily of his father, and yet worship them as one God? Knowing that Jesus is the very likeness of his Father should answer any doubt we have about the goodness of our Father in Heaven.

A Challenge from the Jews

The thing that really challenged me to rethink my picture of God was to read from the Jews themselves about how they related to God. I admit, I was curious how this people who had only known God’s “bad side” in the Old Testament would relate to him.

It came as an utter surprise to me to hear the love that Jews have for God the Father in the prayers they have used for centuries. Much of Jewish prayer is filled with an attitude of praise, blessing God for the most minute gifts that he has given.3 One traditional hymn from the 3rd to 5th century AD goes:

Every living soul shall bless your name, O God!
All created things will give you glory and thanksgiving!
Eternally you are God, and no one can stand before you.
Who but you offers freedom and help,
nourishes us and redeems us, sustains us and saves us,
and at all times views with unfailing compassion our sorrows and distress?
There is no one but you!4

I remember being amazed that the Jews who only knew the God that I didn’t like would describe him in such loving terms. Why did these people see God’s mercy and kindness where I didn’t?

I think it is because they come to the Hebrew Scriptures with an understanding that is less obscured by a foreign worldview. Westerners want theology laid out in a systematic way, with clear creeds and statements of truth. Instead, we find stories, rules, and long lists of names. It is foreign to us, so we preach and study mainly out of the New Testament, and only dabble with the rest of scripture.

For thousands of years, the Jews (including Jesus) have revered this text and memorized it, meditated on it and applied it to their daily lives. They have found some excellent answers for many of the hardest questions I’ve had, because they dwell in the Scriptures as natives.

The Command to Wear Tassels

A case in point is the commandment to wear tassels with a strand of blue thread (Numbers 15:37-39).5 I used to think this was a truly pointless regulation and I was glad to be free from silly, oppressive laws like this. When I opened the Jewish commentaries, I saw that they asked a far better question than I did — what good purpose did a loving God have in giving this law?

They pointed out that this was a very meaningful command because in ancient cultures, tassels were a sign of nobility and priesthood. It was like God was telling his people to wear a royal robe each day to show that they were his treasured possession, a nation of priests. What I had seen as legalistic foolishness, they saw as a great gift from God.

Jewish scholars had a good response for laws that do not have any clear function. They would ask, “Why did God give us this command to obey?” and answer, “To show our love and trust for God, whose purposes are beyond fathoming.” What a better attitude than my own!

God is Present and Sovereign

Another thing I learned from Judaism is a sense of God’s participation in this world, and sovereignty over everything. The Greeks believed that the supreme God was uninvolved in this world, and the Western view of God tends to view him this way too. We assume God is not interested in our computer problems, how our job is going, or whether we are overweight, but only in “spiritual” things. Or we assume that only after we die will we have any interaction with him.

Westerners also view him as a judge we will meet for the first time after we die, rather than a loving Father who seeks a relationship with us to heal our lives in this world. The difference in the Jewish attitude shows in their pattern of prayer, which continually praises God as the source of every good thing in life through short prayers throughout the day. It is difficult to not feel that God’s love surrounds us when we repeat dozens of these prayers each day.6

Another dualistic attitude in Christianity is the assumption that God only works through the miraculous, and that human advances are not under his control. For instance, some feel it is unspiritual to seek medical help, and that only prayer for healing is God’s will. In Judaism, however, a prayer is said before taking medicine which praises God for giving man wisdom to discover this blessing, and then asks him to work through it to heal them.

They see God’s presence in what we see as our own accomplishment. Rather than assuming human effort is an affront to God, they assume God is sovereign over what humans achieve too. Many with treatable mental illness have suffered too long because they felt they just needed to be more “spiritual.” How much better it is to assume that the Lord uses human beings to care for us!

The Lord our God, the Lord is One

Even though the Jewish people lack the critical knowledge of our Lord Jesus, through their scriptures they have found amazing wisdom about the goodness of our Heavenly Father. When I read the Bible from their viewpoint, I now find that the whole thing, from Genesis to Revelation, becomes good news of God’s love, not just the last part.

More importantly, my love and trust for this God has greatly increased as I have started to see him as the passionate, loving God that rescued his people from Egypt rather than the cold, distant, intellectual God of the Greeks. The more I study from this perspective, the more God the Father and his wonderful Son Jesus seem to be one and the same.

1 See “Salvation in This Life” and “Eternal Life, Here and Now.”
2 See “Offended by God.”
3 For more information, see “The Richness of Jewish Prayer.”
4 From Praying with the Jewish Tradition, by Elias Kopciowski, ©1997, Eerdmans.
5 See “Wearing our Tassels So They Show.”
6 See the references in note 2.