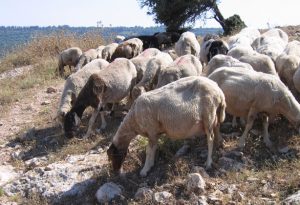 The most important week of the year for Christians is Holy Week, when we remember Jesus’ death and resurrection as the lamb that was sacrificed for our sins. Throughout the year we remind ourselves of Jesus’ atonement when we hold up the bread and wine from the Last Supper and think about Jesus’ body that was broken, and his blood that was shed for us.

Some may wonder why we speak of Jesus as the “lamb” or why he talks about bread as his “body” or of a “new covenant” in his “blood.” The key to unlocking many of these important themes is to realize that they are all aspects of the ancient feast of Passover, which was being fulfilled in a powerful new way that year in Christ.

Passover was the first and most important of the seven feasts that God commanded his people to celebrate. It was a time of great joy, a commemoration of the exodus of the Israelites from slavery in Egypt that marked the beginning of their nation and defined them as God’s people. Christians may not realize that Jews still consider the exodus God’s greatest act of salvation in the Scriptures. It was at this time of thanking God for his redemption that Jesus completed his much greater act of saving his people for all eternity.

Up until the Temple was destroyed in 70 AD, the central feast of Passover was a lamb which each family sacrificed and ate as part of a sacred meal. In Exodus, the blood of the lamb was daubed on the doorposts of the houses of Israel, to mark them as protected from judgment on Egypt during the plague against the firstborn sons of Egypt.

Interestingly, Jesus, God’s firstborn, was arrested and condemned the night after the Passover meal, just as the firstborn sons of Egypt long ago. His blood protected us, and he himself took on the condemnation which was upon us as it was on the Egyptians.

The Passover lamb was significant in that it was an offering eaten by the worshippers. The fact that the people were allowed to eat the sacrifice signified that it was part of a covenantal meal between them and God.

All Israelites were required to participate. If a person was unable to, he needed to celebrate one month later (Numbers 9:9-13). Throughout the history of Israel, Passover celebrations often signified Israel’s national recommitment to their covenant with God. Now we can see why Jesus uses this time to speak of a “new covenant” — a fulfillment of Jeremiah 31:31-34, when God said he would make a new covenant to forgive his people’s sins and give them a new heart to love him. 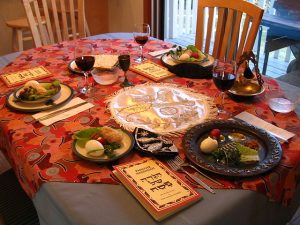 Passover was also the first night of the seven-day Feast of Unleavened Bread. All leavened food had to be removed from homes to commemorate the exit of the Israelites from Egypt before their bread could rise. Leaven was also understood to be symbolic of sin and was never allowed in sacrifices. Jesus would have been holding a piece of unleavened bread in his hand when he said “This is my body,” signifying his worthiness as a sacrifice.

It is particularly interesting that for thousands of years, Passover has been understood to be both be a remembrance of God’s past salvation, as well as a time to expect God’s future redemption in the Messiah. They saw this as originally coming from a passage in Exodus:

“This same night is a night of watching unto the Lord for all the children of Israel throughout their generations” (Exodus 12:42).

The people of all generations were to watch for God’s final redeemer, the Messiah. Even today a door is opened and a place is set for Elijah, who is expected to announce the coming Messiah. Jesus used this time of great expectancy to proclaim himself as the Messianic King, bringing a new covenant for forgiveness of sins through the atonement by his own blood.

Our Great Redemption
The Greater Story of Exodus
Who Are You Going to Work For?
Eating at the Lord’s Table
The Imagery of Leaven
The Powerful Imagery of Blood
Longing For Moses

The Lord’s Table as Covenant Meal, written by John Mark Hicks
He Who Is Coming: The Hidden Afikoman, by Paul Sumner

If you would like to keep learning, En-Gedi also recommends the following articles:

Has DaVinci Painted Our Picture of Jesus?
Repainting Da Vinci Again
The Samaritan Passover
Passover in the Time of Jesus, by Daniel B. Wallace
New Light on Jesus’ Last Week