Be careful that you do not forget the LORD your God…who brought you out of Egypt, out of the land of slavery. Deuteronomy 8:11, 14 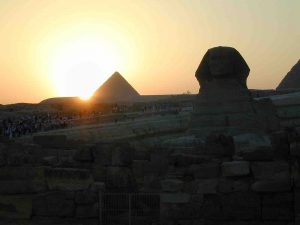 In the next weeks En-Gedi’s Water from the Rock series will focus on Exodus, specifically God’s redemption of the Israelites from Egypt. Christians generally don’t see this story as especially significant. But for thousands of years, Jewish readers have considered it a defining point their history, when God reached down into world events in an unprecedented way. The story of redemption is also central to the rest of the Scriptures, as the foundation of God’s relationship with the people of Israel. We can see the story’s critical importance just by noticing the many references that are made to it throughout the Bible. Here are just a few:

The people answered [Joshua] and said, “Far be it from us that we should forsake the LORD to serve other gods; for the LORD our God is He who brought us and our fathers up out of the land of Egypt, from the house of bondage. Josh. 24:16-17
When the sons of Israel cried to the LORD on account of Midian, the LORD sent a prophet who said to them, “Thus says the LORD,… `It was I who brought you up from Egypt and brought you out from the house of slavery.'” Judg. 6:7-8

[David said,] “And what one nation on the earth is like Your people Israel, whom God went to redeem for Himself as a people and to make a name for Himself, and to do a great thing for You and awesome things for Your land, before Your people whom You have redeemed for Yourself from Egypt, from nations and their gods?” 2 Sam. 7:23

Thus says the LORD God of Israel, “I made a covenant with your forefathers in the day that I brought them out of the land of Egypt, from the house of bondage…”Jer. 34:13

But I am the LORD your God, who brought you out of Egypt. You shall acknowledge no God but me, no Savior except me. Hos. 13:4

In almost every book of the Old Testament, a reference is made to this great act of deliverance in Israel’s history. Why? Because it showed the power of God and his love for his people. Moreover, it reminded them of their great debt to this God who had done so much for them. God was showing his people that they could trust him now and forever more.