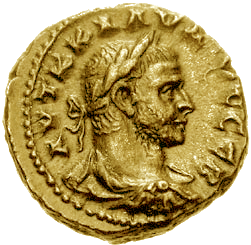 Then God said, “Let Us make man in Our image, according to Our likeness; and let them rule over the fish of the sea and over the birds of the sky and over the cattle and over all the earth, and over every creeping thing that creeps on the earth.” God created man in His own image, in the image of God He created him; male and female He created them.
– Genesis 1:26-27

What is the significance of saying we are made in God’s image? It’s clear that it means that we share something in common with God that nothing else in creation does. Human life is uniquely precious to God. According to Genesis 9:6, because God made man in his image, murder is a crime that always calls for the death penalty, because murder is an affront to God himself. This was a new and revolutionary idea in its time. Other cultures had death penalties for stealing and other property crimes, but biblical law considered life too precious to require it as a penalty for a material loss.

In rabbinic literature, the contrast was often made of man, made in the image of God, compared to idols and statues made in the image of earthly kings. One rabbi said that “A king mints a thousand coins with his image on them, and every one is exactly the same. But the Lord makes multitudes of human beings that all bear his image, and they are all different!” It shows the infinite glory of God that he can represent himself in so many ways.

One scholar1 believes that Jesus was also using the contrast between the images of kings on coins and humans which are in God’s image.

When people who wanted to trap him were questioning him in the temple as to whether people should pay tax or not, he asked for a coin and then asked whose image was on it. The questioners replied, “Caesar’s.” Jesus then concluded, “Give to Caesar what is Caesar’s, and God what is God’s!”

1 See Your Money or Your Life, by Randall Buth, at www.jerusalemperspective.com.