He is the image of the invisible God, the firstborn over all creation… And he is the head of the body, the church;he is the beginning and the firstborn from among the dead, so that in everything he might have the supremacy. Colossians 1:15-18

Since Jesus is co-eternal with the Father, to speak of him as firstborn suggests that he is a created thing, not fully God. This may make us scratch our heads, until hear the passage with Hebraic ears, and see that the word “firstborn” could be used metaphorically to mean something else than just the oldest child in a family.

The firstborn son of a family had great honor and status, and usually received a double portion of the inheritance, unless the father decided that another son would be given that honor. Then another would have the “firstborn” status and rights, no matter what order in which they were born. The other children of the family would treat the firstborn with special honor and respect, reflecting his status as the successor to the patriarch of the family. Because of this special favor that was given, the term “firstborn” could mean “most exalted” or “closest in relationship” or “preeminent in status” even if it wasn’t literally speaking about something that actually came first. For instance, in Psalm 98 God says,

I have found David my servant; with my sacred oil I have anointed him… He will call out to me, ‘You are my Father, my God, the Rock my Savior.’ I will also appoint him my firstborn, the most exalted of the kings of the earth. Psalm 89:20,26-27 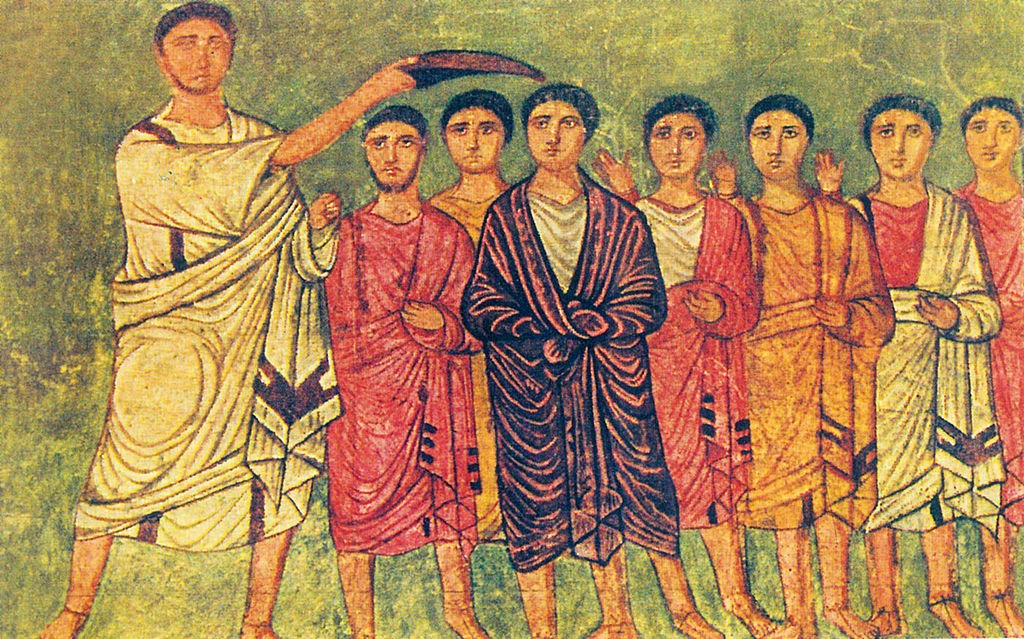 David was youngest of his family, and God passed his other brothers by to choose him as king. When God said the he would appoint him firstborn, he didn’t mean that he would be first before anything else in sequence, but that David would be preeminent in favor and status. Another instance of this is in Exodus when God spoke metaphorically of Israel as his “firstborn son.” God told Moses,

Then say to Pharaoh, ‘This is what the LORD says: Israel is my firstborn son, and I told you, “Let my son go, so he may worship me.” But you refused to let him go; so I will kill your firstborn son.'” Exodus 4:22-23

So now, when we read of Jesus as firstborn, we should think in terms of being of greatest honor and closest to God. But yet, he is firstborn from among the dead, a promise that all who are a part of his kingdom will rise too. And not only is he representative of all of his kingdom, he is also highly exalted of all of creation, worthy of honor and glory and praise.