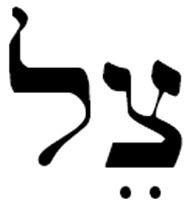 Many times in the Psalms, God is referred to as “shade,” tzel in Hebrew, and the Bible speaks of us under the “shadow of his wings” (Psalm 63:7). This image didn’t speak to me powerfully until I experienced the heat and sun of the land of Israel myself, especially in the mountains near Jerusalem.

Many days reached nearly 100° F, and near the Dead Sea, it was over 120° F. Clouds are extremely rare in the summer, so nothing protects a person from the power of the sun’s rays. When we stood in the sunshine we could quickly feel our skin burning, but under a tree, the breeze made us quite comfortable. We also sensed the sun’s heat as the temperature rose each day from below 60° F at dawn to almost 100° F by afternoon. 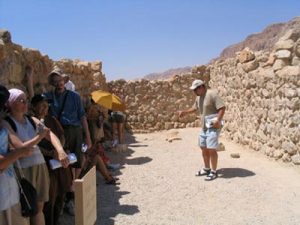 It is interesting to see how in Psalm 121, it speaks of the sun “smiting” us, the same word also translated as “to hit, attack, or strike down.” In ancient times, it was thought that just as the sun was the source of heat that “attacks” us by day, the moon is the source of cold that “attacks” us by night. So when God led his people in a pillar of cloud by day and a pillar of fire by night, God was sheltering them from the ever-present enemies of cold and heat in the desert .

We can also see why the image of “shade” is often used to mean protection. For instance, in Numbers 14:9, Joshua reassures the people that the Canaanites will not be able to win against them because their protection (shade, tzel, literally) has been removed from them. Without shade, it is impossible to survive in that land, and if their shade has been removed, they are defenseless.

Now that we have a better understanding of the great need for the cool of shade, which was a picture of protection by God, we can better appreciate the following psalm, among many others:

He who dwells in the shelter of the Most High will rest in the shadow (tzel) of the Almighty. I will say of the LORD, “He is my refuge and my fortress, my God, in whom I trust.” – Psalm 91:1-2